Staff writer Chim explores intersectionality and space in her series of three creative essays. This one explores Devon’s (she/her; they/them) experiences of being at Pride as a person with autism.

In late August of 2019, Devon and Ellis headed out to their first big city Pride parade in Manchester. Dressed comfortably in a black smock dress, with black tights (which Devon admits isn’t the most cheerful thing for Pride but an easy go-to) they headed off to Lancaster train station. In the baking bank holiday weather, Devon awaited their train to Manchester alone, with plans to meet their bestie Ellis in the city, ahead of the celebrations. With it being one of the busiest days of travel in summer, the train was packed and she was standing for the hour or so it took to get there.

“There were loads of people getting ready to go on holiday, with suitcases stacked up next to them, and middle-aged woman singing and drinking: It was hectic.” Devon explains. Despite the boisterous antics of the train, and some sensory issues associated with wearing the dress amongst commuters, it wasn’t going to stop her being excited about their adventure into one of the UK’s biggest LGBT+ celebrations.

“We weren’t gonna stick around for the entire festivities, but we had plans to go visit other places, like bookshops and getting ice cream,” Devon says excitably.

On arrival to the main parade Devon touches on the awkwardness caused by the heat: “When you’re in a large crowd you end up touching people, my arms weren’t covered and if I had to move out the way I ended up touching someone’s leg or someone’s arm. It was very uncomfortable because we were all sweaty strangers”. Devon says how this effects them: “I have a thing with my autism where I’m very sensitive to touch. It can cause me psychical pain if someone just grazes me,”. They express how this then causes over stimulation: “You have the speakers booming, people touching you, people’s sweat dripping on you, bright colours everywhere and blinding sunshine being amped up by the windows on the glass buildings reflecting the sun onto your face. You’re standing there and everything is way too bright and overwhelming”. 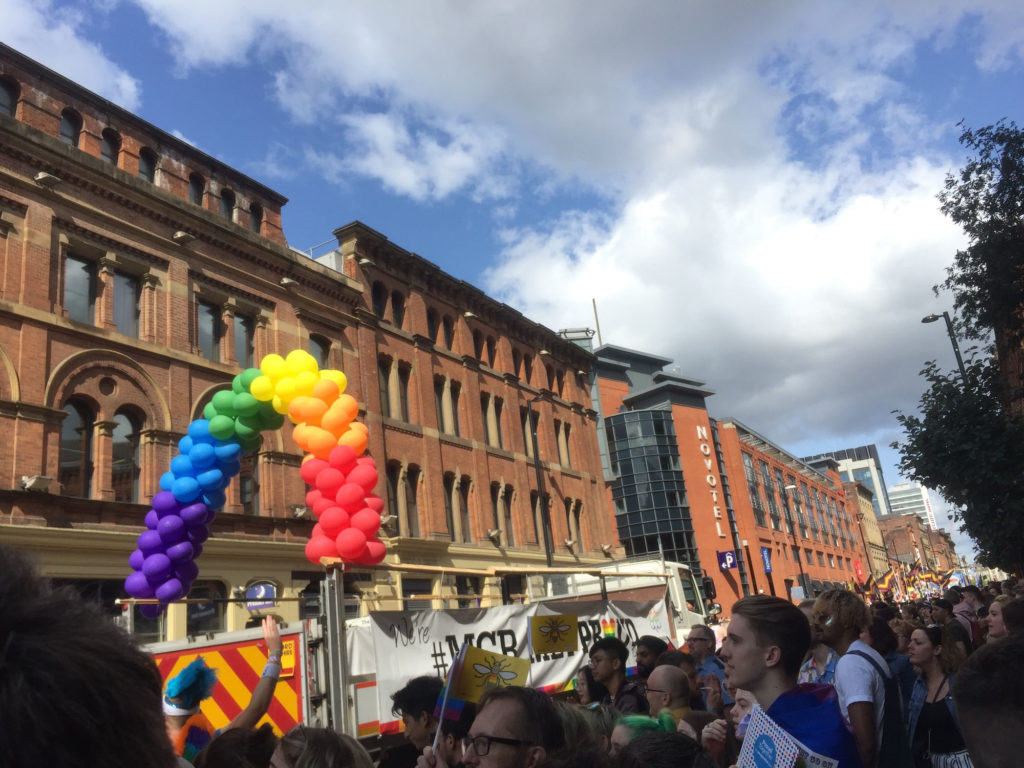 An added pressure of stimulation was that the air was filled with heavy perfume and aftershave which Devon describes as being able to smell from a mile away, and mixed in with this was a strong stench of petrol from the vehicles running through the parade.

Devon’s autism is paired with an Audio Processing Disorder (APD) which means they have difficulty processing audio stimuli and, to them, all the noises in the parade were the same volume as each other, making it difficult to understand the lyrics of songs or what their friend was saying. The talking next to them was the same volume as the speakers on the trucks, and people revving their engines was the same level as someone shouting across the street or a closing window – making for a complex input of sound. “It’s very distracting and overwhelming because it means it’s very complicated and difficult to focus on the music coming from the vans, which is one of the main parts of the parade. Literally everything else is dragging your ears in all different directions.”

Another part of APD is that when music is being played out loud, Devon might not process the words or there meaning. Luckily Ellis had her back on this, telling her what song was playing, allowing her to belt out the tunes along to the music.

About 40 minutes into the parade the overstimulation became too much for Devon and they asked Ellis if they should both go and get food in order to get out of the situation.

As good friends with mutual understanding, without even needing to discuss it further they left. Once out of the situation Devon’s experience wasn’t all that stressful: “We were skipping and jumping through the alleys because I was just so excited and overjoyed and filled with love. Once we kind of settled down and got to a place to eat we deflated, and it felt like I could breathe again”. 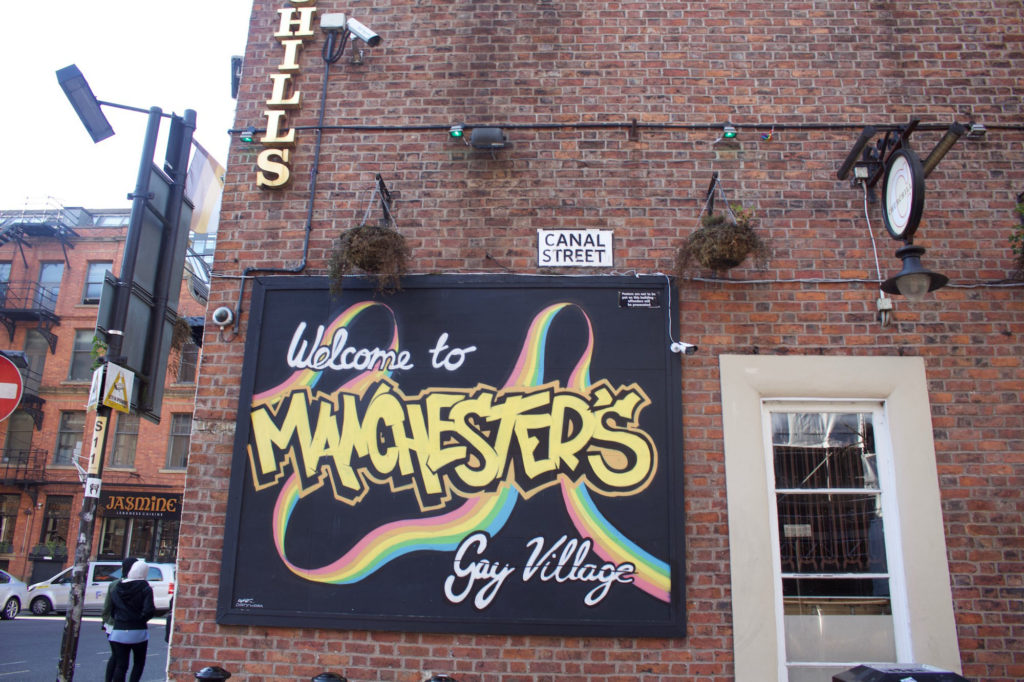 Devon puts down some of the difficulty of the situation to their hyper empathetic nature: “I’m very aware of how other people around me are feeling and if someone in the crowd was uncomfortable, I could feel that and then it adds to my discomfort because if I can’t help them in any way I feel stuck. I just want to help that person, but I can’t, so then I’m uncomfortable and they’re uncomfortable and so getting away from the crowd means focusing on and reassuring myself with a drink, a sit down and silence.”

At the time of being at Pride Devon was unaware of their autism and reflects: “I was kind of stood the whole time on edge, I was on the verge of crying”, but goes onto say how the overall spirit of Pride was uplifting, noting how polite strangers were and how everyone was waving their Pride flag with joy, herself included.

Pondering on their experience as a member of LGBTQ+ and being autistic, Devon talked about what changes they wanted to see from Pride: “I’d like to see free rainbow ear defenders at Pride for people like myself, so it can reduce the noise people experience”. Adding: “People obviously want to be loud and proud because it is a parade, but ear defenders could make all the difference to non-neurotypicals”. Devon expressed how, hopefully, the aftereffects of the pandemic would mean more spaced-out areas and less clusters of people, unlike the experience they had. Other changes they’d expressed a desire to see is for is better signposting to quiet areas and access to mental health first aiders in those areas, whilst still being able to view the parade.

Changes such as this would mean Devon wouldn’t be reliant on alcohol to cope: “It does lower some of my sensory issues, but I don’t feel I should have to drink in order to have a pleasurable experience”. This isn’t just an issue within Pride for Devon, but in accessing queer spaces across their local area of Lancashire and Cumbria: “LGBTQ+ inclusive spaces outside of Pride are typically bars, and that’s a loud environment with low lighting, flashing lights and people shouting and spilling drinks. Alcohol helps alleviate the difficulty of those environments if you’re autistic, speaking from my experience.” With the lack of queer spaces in Devon’s local community, I asked them what they thought the resolution to this could be: “We have such a wealth of coffee shops and books shops that could be LGBTQ+ safe spaces that are more relaxed and less about alcohol, hooking up and dancing but enjoying the simple things amongst my community, like buying books and coffee – that would be marvellous”. 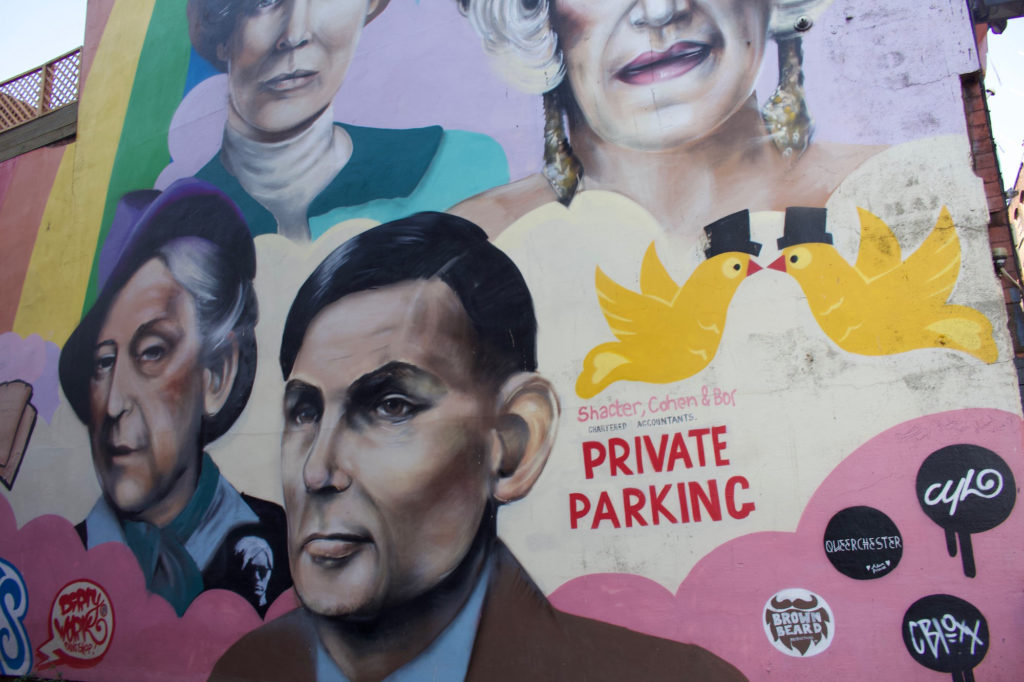 When asked, what neurotypicals can do next for her community, Devon told us: “Autism isn’t how they talk about it in the media and academic papers. It’s dominated by cis white male perspectives on autism and everything that I’ve heard about autism through my community’s lived experiences directs away from this narrative. Autistic people are more likely to identify as LGBTQ+. We have our own Pride day within Pride month and the whole thing of autistic people being outspoken/forward is a powerful thing. I’ve been told I’m too forward, and in fact we (the autistic community) are just outspoken and passionate when it comes to morality. We need this energy when it comes to issues reflected back from neurotypicals, because I’m not going to shut up about inclusivity and equality and so they may as well help me and rectify the issues. Because of my autism I have brain fog and struggle communicating my ideas. Having the voices of neurotypical people would help for securing our thoughts and pushing them forward and showing that what we are asking for should be a standard. It’s not just this outside group of neurodiverse people asking for a change in a society where it’s not needed, its all of us asking for change to help everyone.”

Pride is an endeavour and rite off passage to many young people discovering their identities. Whether your adorned in glitter from head to toe or wearing the thing that makes you feel most comfortable like Devon. If we are going to have safe spaces such as Pride then it’s important that it considers all individuals from anyone intersection of society and make it accessible and inclusive for all.