Can U Skate Though

Matt talks about their love of skateboarding in this illustrated editorial on how they started, and how it’s helped them. 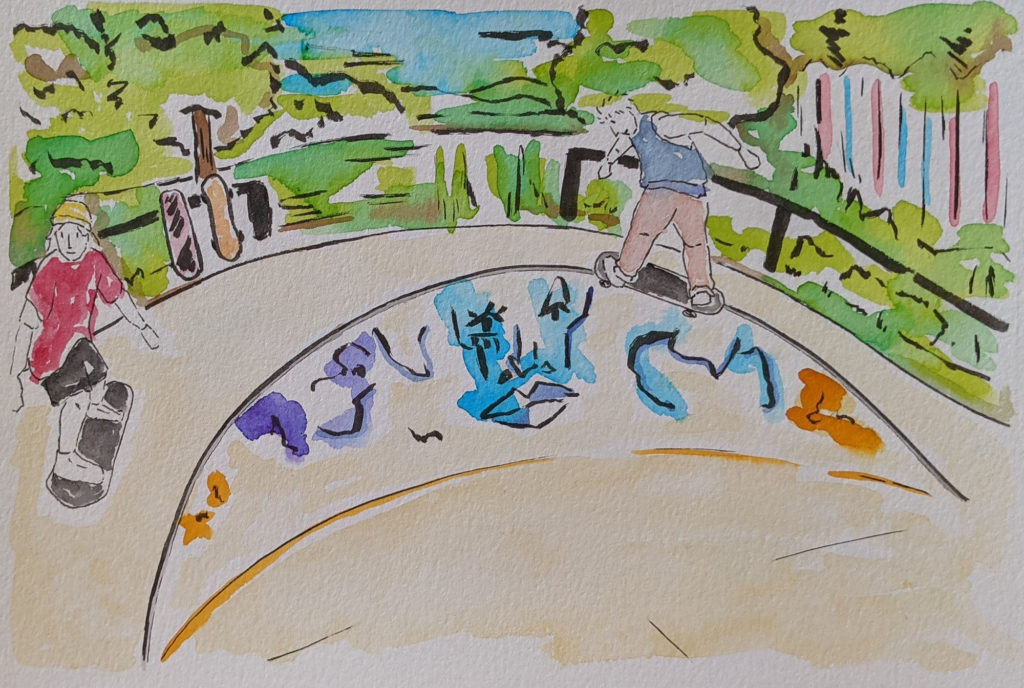 The first time I remember coming across the sport of Skateboarding was when I was eleven and I was watching Clueless, for those that haven’t seen it; 1) why not? And 2) there is a character named Trevor, who eleven-year-old me thought was the coolest guy to ever exist. I didn’t quite realise how important that moment was for me until I went to college and finally found people who also held skateboarding on the same pedestal.

Don’t get me wrong I had only held a skateboard twice before I started to learn; once when I was 12 in a desperate attempt to become Trevor and again when I moved schools (aged 14) and wanted to be the mysterious new student who could skate.

When I went to Art College my love for skateboarding almost depleted until the pandemic hit. I was hit with the realisation that apart from college I had no social life, I was locked inside for months and practically nothing in my life had changed. In great need of new ways to pass the copious amount of time I suddenly had, as well as a dire need to go outside. I once again, picked up new and old hobbies and so tagged along my ambition to become the next British pro-skater. However, with a lack of money, places to train, and friends to go with, my dream was cut short until March 2021 almost 7 months later ( how embarrassing it took so long but, here we are). In mid-March, I messaged a kid I went to college with after not seeing or talking to him for nearly a year, just saying that I wanted to learn. It was then that I finally pushed myself (age 18) to go into my brother’s room and borrow his old skateboard while he was away at university to start my epic training montage. Not even a month later I was standing in my hometown’s very own skatepark, surrounded by new friends and telling myself: “This is what life is meant to be like, it is supposed to be fun, spontaneous, and a little bit reckless.”

My love for skateboarding has grown massively since then, I can’t even imagine a life where I don’t skate. This sport has allowed me to grow and develop as a person, along with improving my physical and mental health. I trust myself more, I have become less of an overthinker and I push myself further within everything I do. As an artist, skateboarding has opened up so many roads for my skills to develop and what I could create in the future.

The idea that you need to be perfect at skating is a lie. The way I see it is that if you enjoy it, you are already perfect. There is no need to learn how to do a Kickflip or Ollie if you don’t want to, nor should you let anyone tell you otherwise. It is a sport about individuality, rebellion, and self-confidence. If we were to all skate the same way it would be rather boring, don’t you think? Although I do warn you if you ‘Mall-Grab’ your board, prepare to be called a “poser”.

PS: When Skateboarding please wear protection, especially while doing anything dangerous. I promise not a single skater is gonna make fun of you. 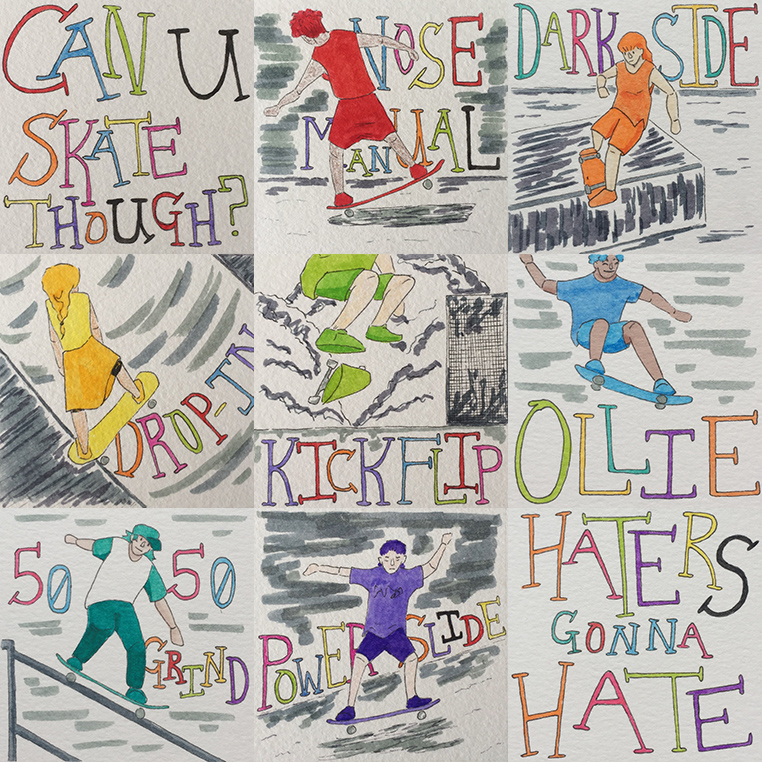