Staff writer Chim explores intersectionality and space in her series of three creative essays. This one is about Reena (she/her), a neurodiverse, LGBTQ+ streamer and artist.

I chat with Reena (she/her) on the importance of safe spaces, the battle to make them safe and how they can make all the difference to someone like her. 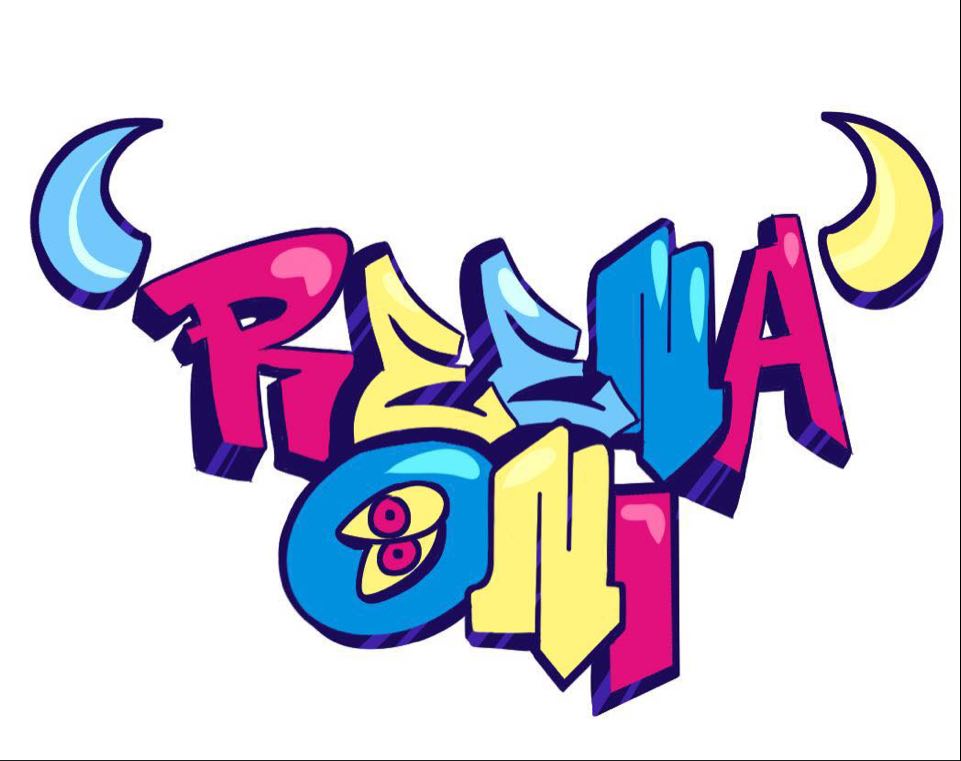 Most days, when Reena isn’t working her day job, she’ll stream as either herself or her virtual alter ego stylised as an Oni, a Japanese three eyed horned creature. In the privacy of her room, surrounded by doodles and scribbles of game character ideas stuck up on post it notes on her corkboard, Reena gets to work: “I’ll open up OBS (Open Broadcasting Software), do tech check to make sure everything is working and then I’ll start streaming or v-tubing (virtual streaming)”. For Reena, online spaces mean having a community who she chooses and who choose to have her in their space. It doesn’t matter to Reena’s Onifans if she decides to switch to a different game midstream – something that’s born out of her ADHD, which makes her struggle with concentration unless she is hyperfixated on something. For Reena, online spaces such as the gaming community provide a less stigmatising environment which means Reena can do what she wants without people looking at her negatively. Not only does the community and online gaming support Reena to be herself with her ADHD, it also supports her with another intersection of society she belongs too.

Recently Reena has been streaming a game called Chicory: A Colourful Tale which is a top-down adventure set in a colouring book world that she says has a touching narrative that relates to her own journey as a trans woman: “it’s about your own discovery and discovering to be yourself, so it really hit home in a way”. 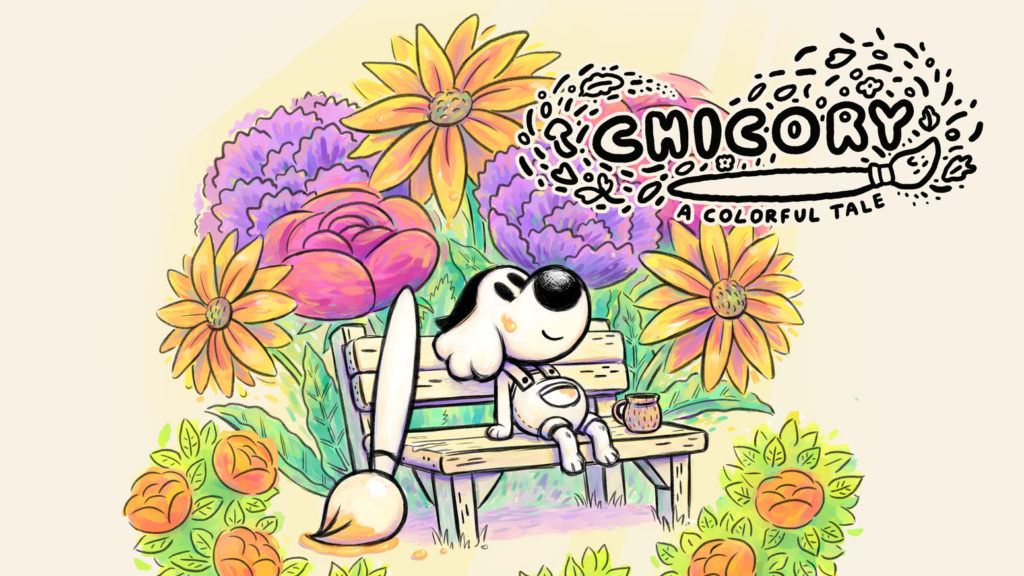 When Reena is streaming to her fans she will often talk to them about how she wants to be viewed as a woman: “People say I pass, I sound feminine and that my voice is cute and it makes me blush”. Unwittingly it opens up a dialogue and conversation on the online chat for people to discuss their own identity journey and Reena tells them: “Hey listen, identity takes time to discover and no matter how long it takes you’ll get there in the end, no matter what. Even if you have to do it day by day, week by week or year by year, you’ll discover yourself eventually”.

Despite this, Reena has received online abuse with people dropping the f-slur on games and on Twitter, asking whether she is a ‘real girl’ with her frustratingly retorting: “You just don’t say that to a trans person ever”. Reena rightfully demands for more respect to be shown online so her space can remain safe, something that is one of the only escapes from her reality: “I’m 22 and should be able to trust myself”. Reena pauses for a few seconds and tells me this is where the abuse comes in: “My dad’s a terrible bigot, he’s only 50 but comes from the dinosaur ages of when being gay or LGBT+ wasn’t accepted. He’d rant on in long car journeys about gay men kissing and how disgusting it was, like as if it affected him personally”. Reena lives in a space of perpetual uncertainty with her dad: “He constantly threatens to kick me out, but never does”. Reena added how this leaves her with a lot of unanswered questions: “Does he accept the fact I’m this way? Is he just waiting to decide when to kick me out?”. This isn’t uncommon for many trans individuals with the trans report from Stonewall in 2018 revealing that one in four trans people in the UK have experienced homelessness at some point in their lives and one in seven aren’t open about their gender identity to anyone in their family.

Another space Reena took comfort in and discovered her true self was in college. A college day that started the same as any other paved the path to Reena finding her identity. The blending of people from all different walks of life with their own specialities led the way to an affirming moment for her, even if to others it was another lunch hour to fill time with between exams and classes. A bunch of hair, media students, and make-up artists called out to the yard if any of the boys wanted a glow-up and loads of lads lined up alongside Reena, with one of the boys nudging his friend: “this is gonna be jokes!”. Reena got her nails done red, lashes licked up with mascara and a skin touch up with some light blush. Reena gazed at herself in the mirror and thought to herself: “wow I look really good, what the f*ck!”.

From this moment in her first year of college, studying media studies, Reena, now 22, wanted to start exploring her femininity more. Like many young people who may not have the privilege of family or friends to aid them in learning the art of make-up, Reena started teaching herself the basics; strong wings, smokey eyes, and the painstaking upkeep of eyebrows. Slowly but surely, Reena started to find that she was pretty good at it. Piece by piece, as Reena puts it, she started her transitioning journey, which presented deeper sensitive issues surrounding her body: “I used to wear baggy clothes instead of tight because I wanted to hide my body. I had lots of shame around my body because of my gender dysphoria”. Despite this, Reena persisted on her journey to what she felt would make her feel more feminised: “Since I have ADHD, I would to a small degree hyperfixate on how girls would walk and speak and I’d try to mimic it in my own time”.

An emotionally solidifying moment for Reena was in third year at college, whilst studying Graphic Design and Psychology. During a psychology lesson she learned about how the brain works with regards to people’s identities and how people self-identify. That’s when it clicked for Reena: “This confirmed for me that although we’re all born biologically a specific way, whether male or female, the way we identify can change from the biological identity”. Looking back on that day, Reena reflects on how pivotal it was for her identity: “hearing that was the serotonin I needed and it was affirming”.

Reena remarked how teachers at first weren’t supportive when it came to both being trans and neurodiverse in school: “I repeatedly told my tutors and the college that I have ADHD and autism, so I learn differently and I didn’t understand things. I’m saying this as a joke now, but I was like, ‘I’m low key stupid, please help!’ It felt like I was talking to a brick wall, I wasn’t being listened to. I started stressing out about it because I didn’t know the information or didn’t understand it. You know that one scene in Pulp Fiction where the main character looks around the room and says ‘Where am I?’? It was like that and I’m looking around the classroom going ‘What?’”.

Eventually, the college did start to listen to Reena and provide an alternative way of learning. But Reena’s fight to be affirmed during her gradual transition throughout college continued: “There were a few teachers that made me feel weird for trying to put down a new name and noticing elements of my transition and giving me glares. It didn’t help with my identity because it made me second guess myself, I asked myself ‘is this who I really am?’”. The comments strengthened what Reena knew as her ‘sweet, sweet gender dysphoria’, which was tough.

For people like Reena who were LGBT+ and neurodiverse without access to online spaces and education, college can create a trapping environment in a space which should be safe such as home. Reena’s online space is an escape from her reality and is sometimes infiltrated by trolls. Reena told us that her friends don’t feel comfortable revealing their LGBT+ identities online for fear of them. And they would be right to do so, with research revealing that out of 10 million posts analysed on the topic of transgender identity in the UK and US, 1.5 million of them were anti trans. With one in four trans people attempting to commit suicide and Spectrum News revealing that one in five women with dual diagnose of autism and ADHD attempted suicide, compared with about one in 11 men with both conditions. It could mean the difference between life and death for someone like Reena if she accesses unsafe online spaces.