Both strange and at home in their surroundings, Marisa’s sculptures in truth don’t really belong anywhere- except they do… 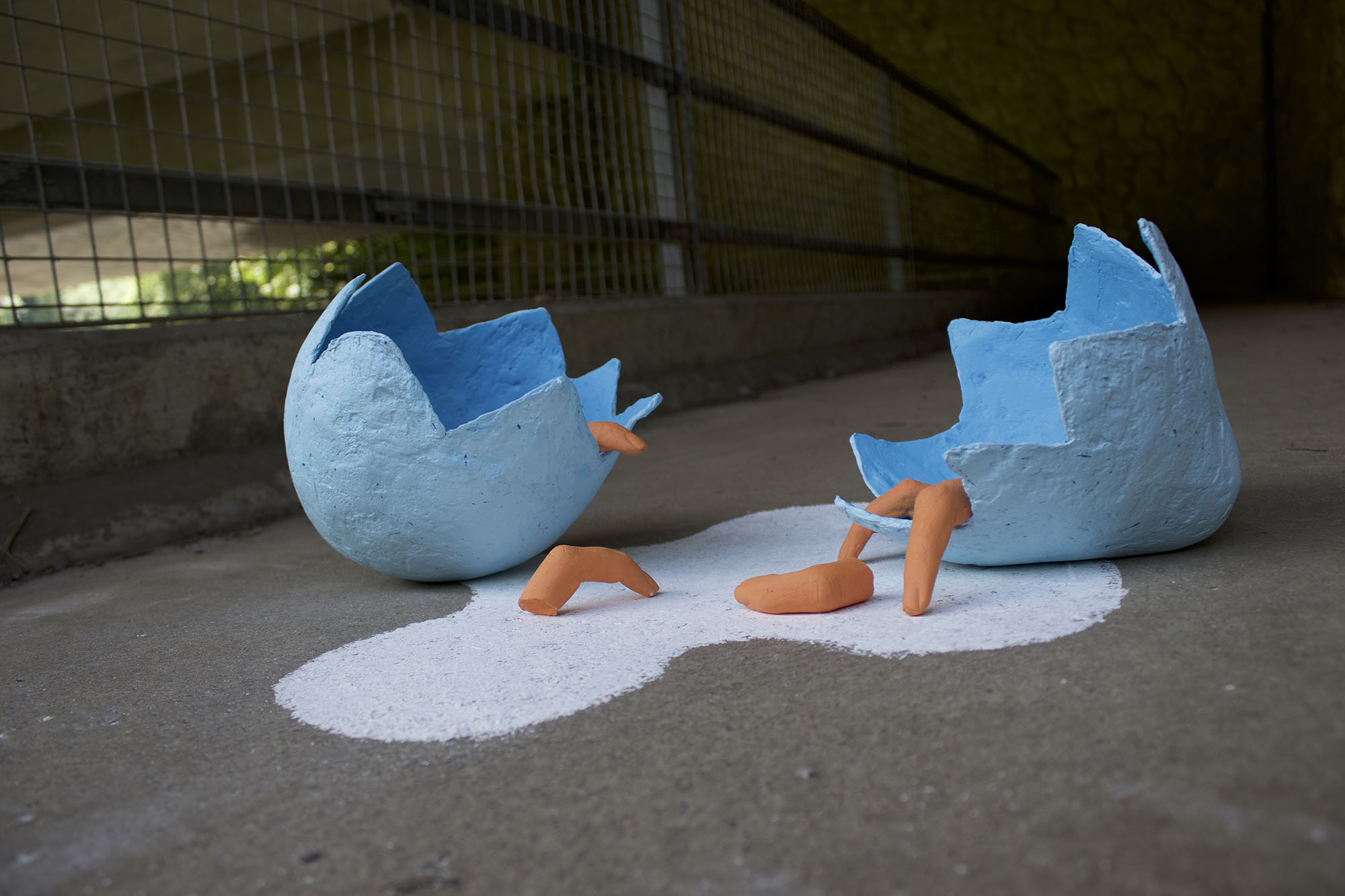 They don’t know that they look out of place here; that they don’t belong.  But that’s because they do…

The dichotomy of it all is that they are born from a memory of a space.

This memory germ collides with others,      swarms

And so these creatures appear to be at once strange and at home in their surroundings. They don’t really ‘fit’ anywhere. Not indoors. Not out.

They are curiously at ease with themselves- it’s you who’s the voyeur- not them.

They have adapted and you will grow incurious and will turn away (maybe you already have) and they will continue to exist; like the spotted and striped animals in a zoo, driven past many times . A mundane feature of the landscape, just like a lamppost or a roundabout, on the commute home from work. 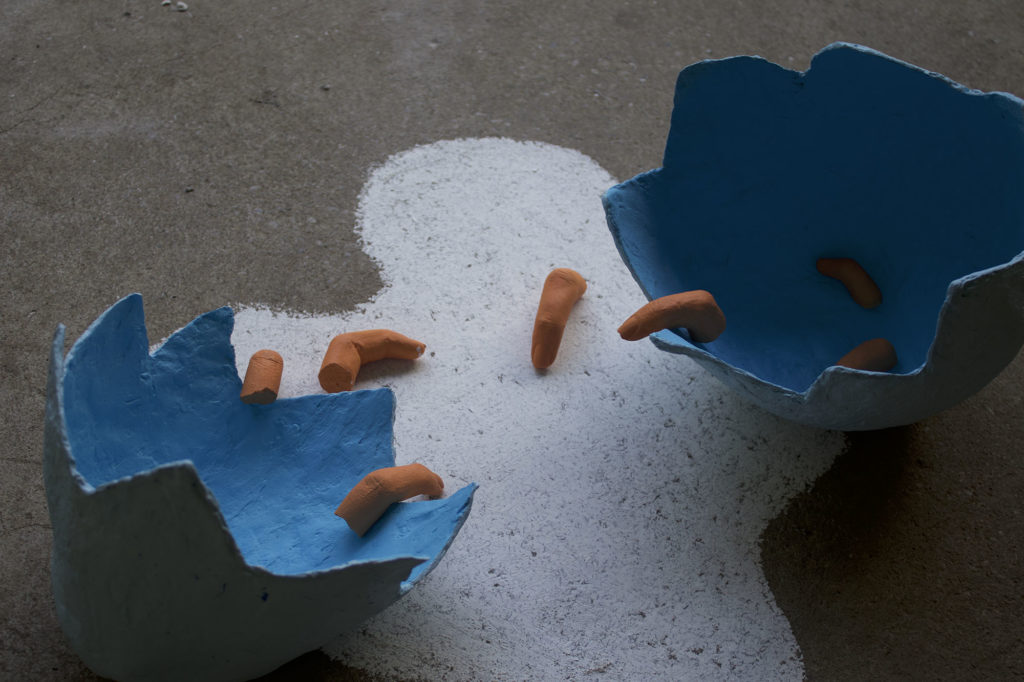 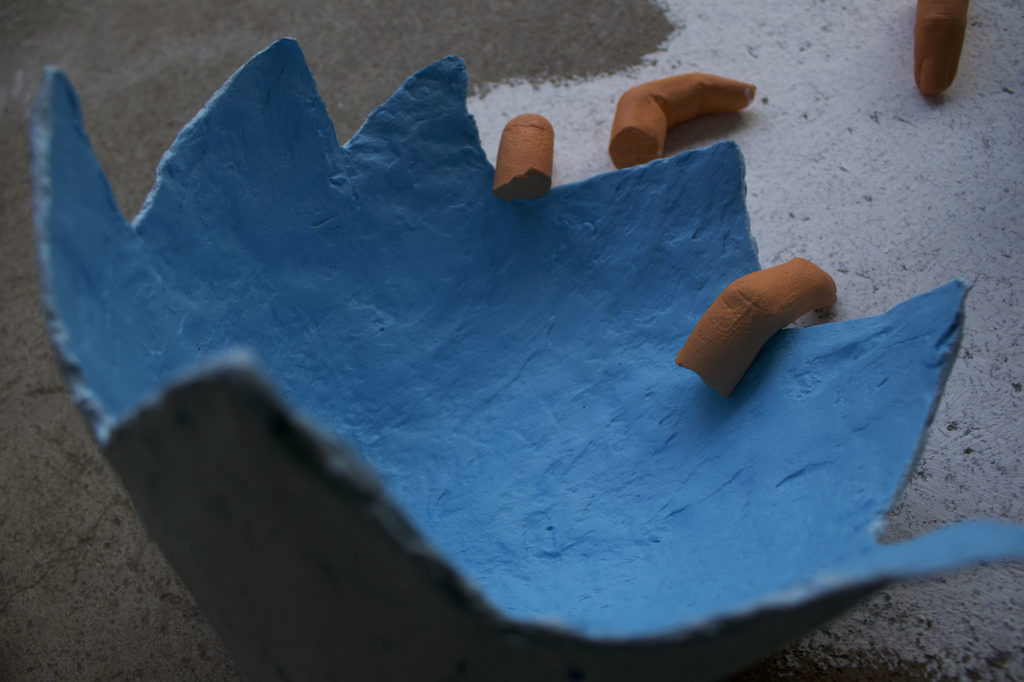 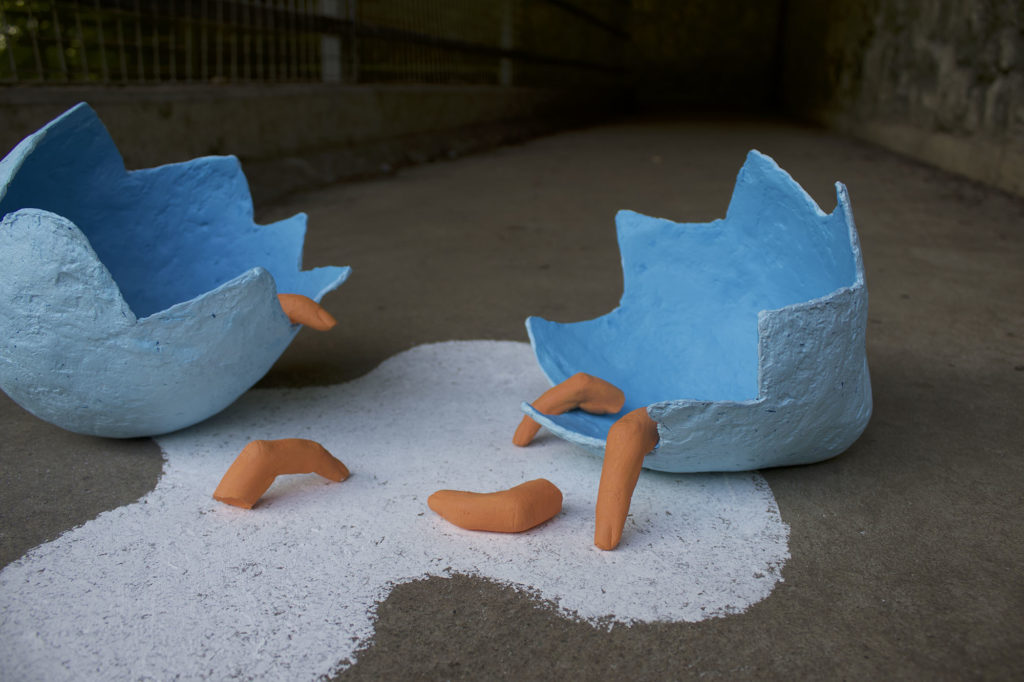 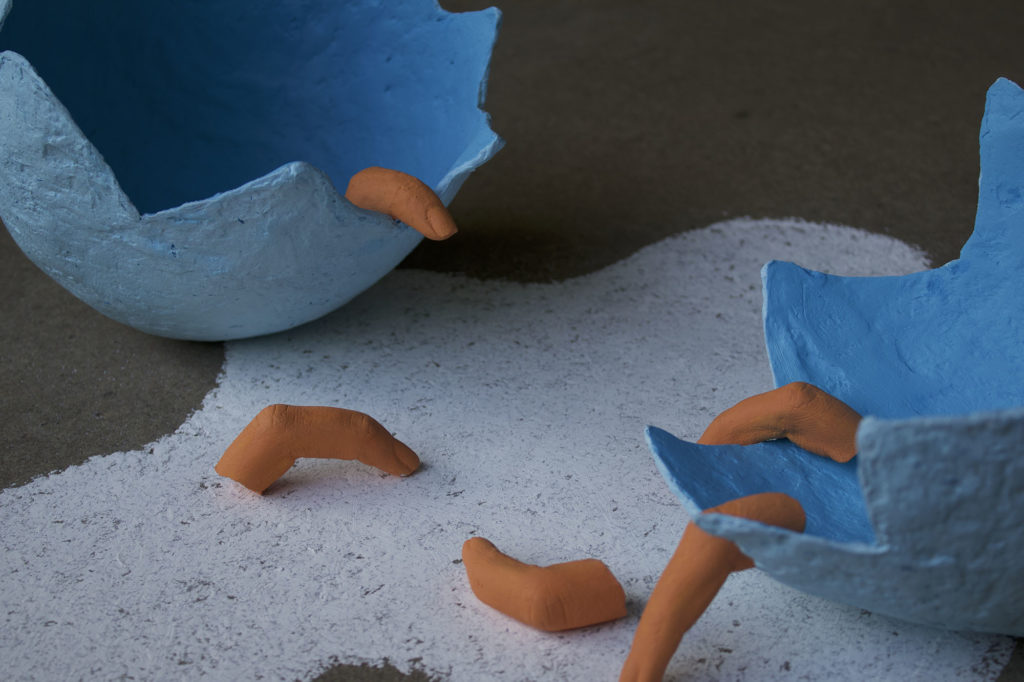