An episode of audio drama about the flooding caused by Storm Desmond, and the impact it had on locals. 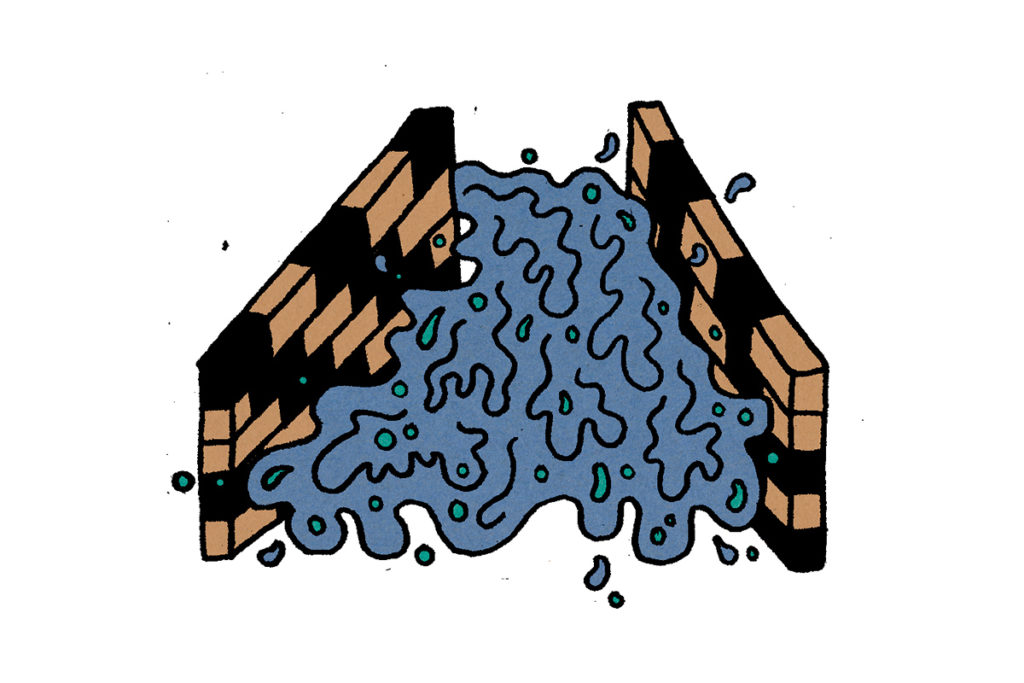 FX SOUNDS OF THUNDER FROM OUTSIDE.

RUNNING WATER CAN BE HEARD.

THE BUTTONS ON A CONTROLLER ARE BEING SPAMMED.

GUNSHOTS AND SIMULATED SCREAMS DROWN OUT THE SOUNDS OF WATER.

GAME Finish him! Let him have it!

FX GRUNTING AND SOUNDS OF STRUGGLING.

JACK Why even ask? Obviously, I’m going to try again.

FX A GENTLE KNOCK ON THE DOOR.

JACK Dad I already told you, I can’t turn it down any lower.

DAD Jack, can you turn the XBOX off please.

DAD Jack, turn the XBOX off.

GAME Is that the best you can do?

JACK I thought you were staying up in case it floods anyway? I literally just have to beat this guy then / I’ll go…

DAD I’m not going to ask you again. Turn the XBOX off please.

JACK Dad will you just… 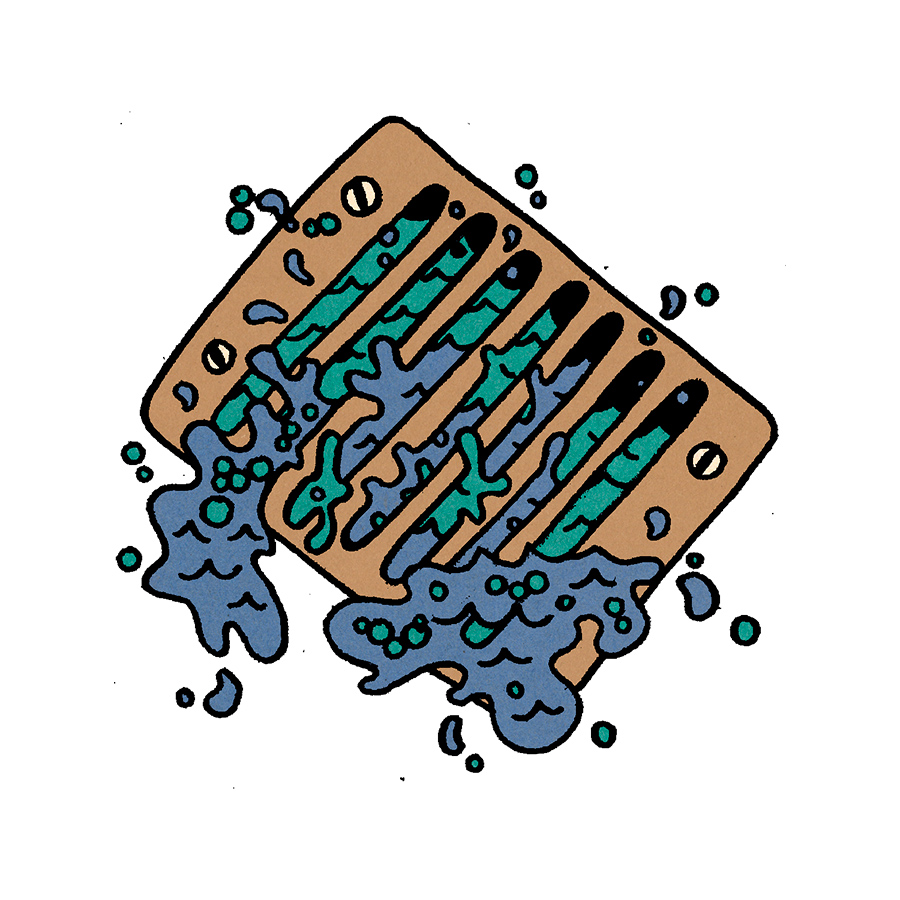 FOOTSTEPS MOVE ACROSS THE ROOM.

JACK Piss off! Look what you’ve made me do. I’ve been trying to beat this guy all night and now you’ve…

FX SOUND OF A PLUG BEING PULLED FROM THE SOCKET.

JACK What the fuck? Why the fuck would you do that?

JACK Was it not enough for you to ruin this match, you had to ruin all the progress I’ve made as well.

DAD (SCOFFS) If I spoke to my father the way you spoke to me when I was a boy, I’d have gotten a smack on the wrist with a ruler.

JACK Oh brilliant, so you’re threatening to beat me up with a ruler now are you? You’re pathetic. Stay out of my life and focus on your own, maybe then you might actually get laid.

DAD Ah yes, and my sexual inactivity really is made so much worse by the queue of young ladies here for you, isn’t it?

JACK I’ve still had more dates than you in the last year.

DAD Right. Well I guess I’ll just take your word for it then, seen as you’ve never thought to bring any of these lovely ladies round here.

JACK Yeah well maybe that’s because I don’t want them to meet my sap of a dad who just sits around playing the crossword, getting pissed off if you breath too loud, and just moaning all day, every day.

JACK They’d take one look at you and say “Christ, what a sad, sad man.” And I wouldn’t blame them. What a disappointing glimpse into my future. 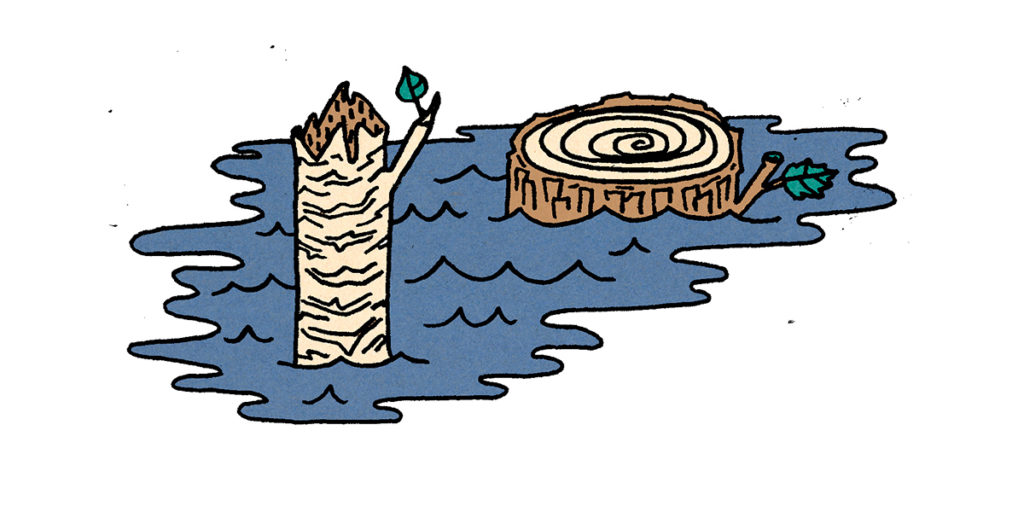 DAD Your mum is on the phone.

JACK Why is she ringing so late? I could’ve been asleep for all she knew.

JACK What? It’s not like she’s ringing to speak to you, is it?

DAD Have you looked outside at all in the past two hours?

(SIGHS) Get off your fat arse and move your feet to the top of the stairs. They do move, don’t they? And once you’re there, all you have to do is use your eyes and look at bottom of the stairs. Maybe the 5 feet of water covering our brand new carpet might shed some light on your Mum’s late-night call.

STATIC SOUNDS THOUGH THE PHONE.

JACK He’s such a fucking asshole.

MUM Jack, we’ve spoken about this.

JACK No we haven’t. You spoke about leaving me here with him so you can go get passed around / like a…

MUM Don’t speak to me like that. I always said that if you changed your mind, you could come live out here but you always insisted that you wanted to stay there with your Dad.

JACK Well yeah, I’d much rather watch Dad decay in his armchair then listen to my Mum getting rammed against the wall most evenings.

MUM Where do you get these ideas Jack? You’re being totally uncalled for. Not that it’s any of your business, but I haven’t even been on a date since I came down here.

MUM Yes from work I… I don’t have to explain myself to you.

JACK Why did you even bother ringing? It’s not like you’re gonna come up and help, is it?

MUM (SIGH) Your sister has been very naughty this evening. She’s been refusing to sleep. She says she’s been worrying about her big brother after Daddy said there might be floods.

SAMMY (OFF) Can I speak to Jack now Mummy?

JACK Well pass her over then.

JACK Just pass her over.

JACK (LAUGHS) Are you serious?

JACK Pass her over.

MUM I don’t want you speaking to her when you’re being like this.

JACK Mum don’t be so dramatic. 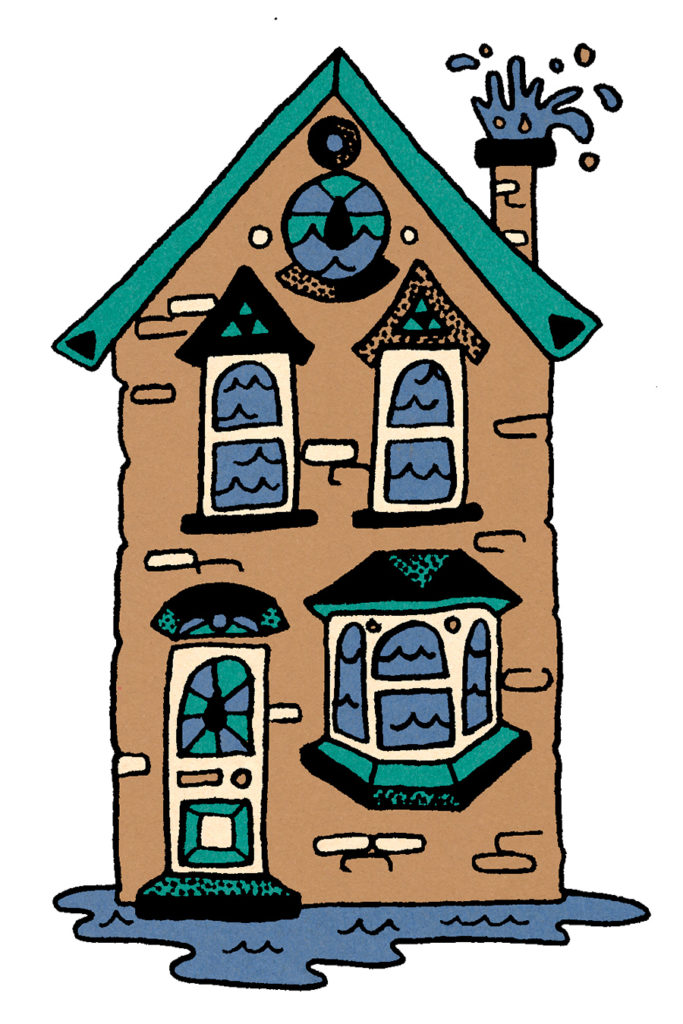 MUM The way you speak to people is disgusting Jack. It’s the kind of behaviour you’re going to look back on and regret.

JACK Are you serious? You really think I’m disgusting one? Really? Look in the fucking mirror next time.

FX ABRUPT SLAMMING OF THE PHONE.

JACK (SHOUTING) Why do you care?

DAD (OFF) Because I don’t want to wake up in ten years and find myself in Carlisle Crown Court because you’ve gone on murderous rampage.

FX GENTLE FOOTSTEPS TAKE US TO THE TOP OF THE STAIRS.

JACK Dad what the fuck. Are you naked?

DAD No, I’ve got my swimming trunks on.

JACK Why are you in there? That’s literally disgusting. Look at the colour of it.

JACK And they said the best thing to do is go swimming in the riddled water?

DAD They said they’re going to evacuate us, which is great. But they’re not going to save Teal for us, are they?

JACK You’ve stripped down to your trunks just to get Teal’s ashes?

DAD If the water gets any higher, she’s gone Jack. Just a part of the river.

JACK So? Get out of the water, you’re being an idiot.

DAD I can’t do that to her. She was a part of this family too.

JACK Yeah… 5 years ago, before you and mum got her put down.

DAD She was in pain.

JACK Would you put me down if I was in pain?

DAD I’d put you down if you weren’t in pain. Because you are a pain.

DAD Oh crap, how’s he handling all this with that batshit mother of his?

JACK She has a diagnosed panic disorder Dad.

DAD Even so, absolute nightmare of a woman.

JACK Well at least she isn’t literally swimming in the flood water.

DAD What’s he said then? Is he asking about all these ladies in your life?

JACK Just shut up and grab the urn.

DAD Just tell him that all his Mum needs to do is ring their house insurance. Then they’ll sort everything else out. And tell him to tell her that although the call button is big and green, and scary, it’s probably just as scared of her as she is of it.

DAD What did you say?

JACK All you do is nag. Nag nag nag. “Don’t speak to your mum like that” “Show a little respect” “Blah blah blah” Yet here you are, making fun of someone with a literal disability.

DAD A disability? She’s hardly in a wheelchair, is she?

JACK Yes, a disability. That’s what her doctor said, you know, the one that fucking diagnosed her? The guy with more medical knowledge than you. Why do you always have to be such an insensitive wanker all the time?

To read the rest of this episode, click here..