Get to Know Dom Reardon

Precision, process and time-pressure: Folded writer, Chim, spoke to Dom about his astrophotography and his journey to becoming a photographer.

In Conversation with Photographer Dom Reardon:

From skateparks, the Faroe Islands to space and back, we interviewed Dom Reardon, a 25-year-old photographer, whose work has changed not only his own life, but the life of others.

Arnside in The Lake District is recognised as one of the many Areas of Outstanding Natural Beauty in England and is where Dom calls home. In his teen years, Dom’s interest in photography grew out of his hobbies:

“I started out just taking photos and making short videos of my friends and I riding bikes, scooters and skateboards at the skateparks near us.” 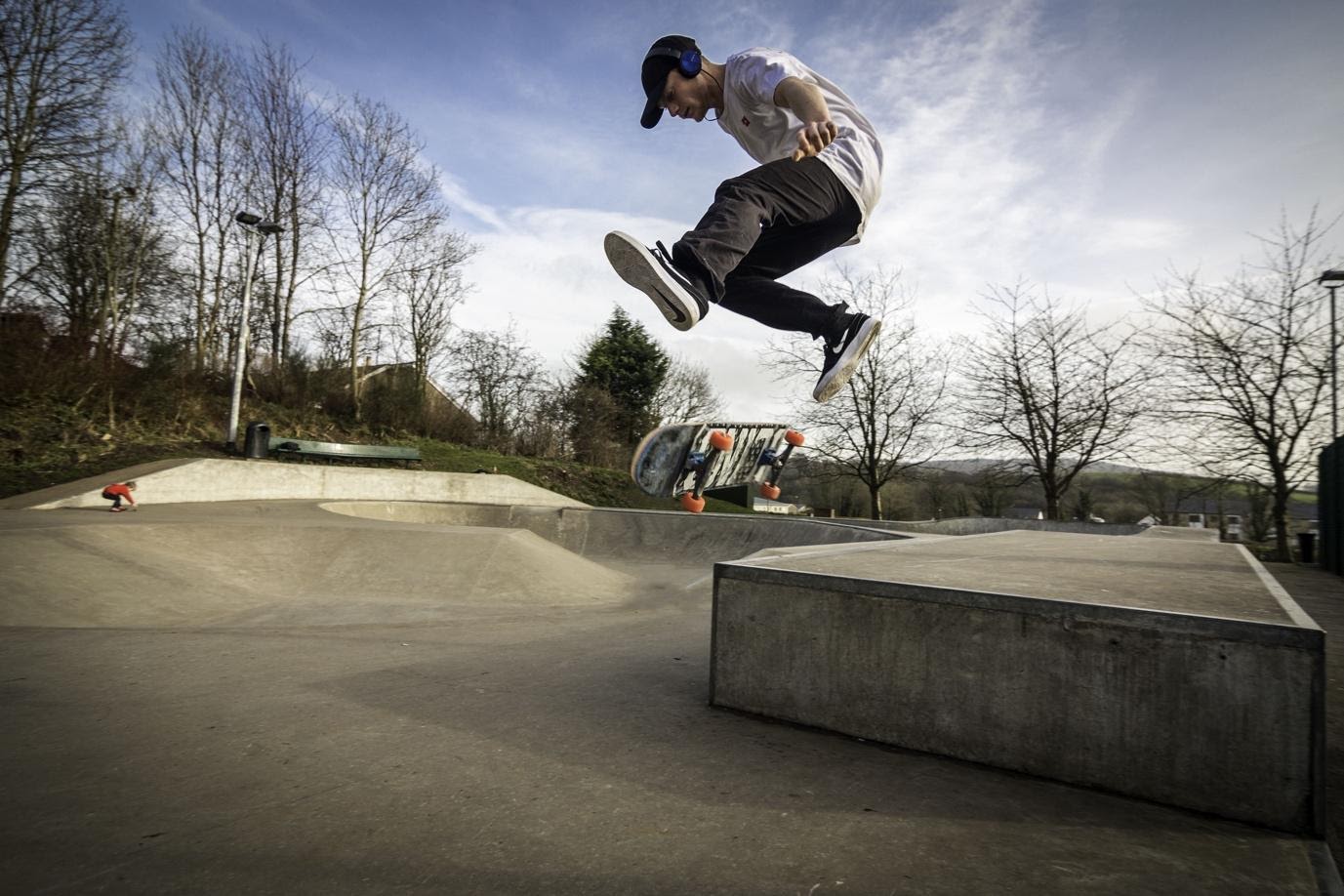 Dom later branched out from the skatepark and traded it in for discovering what the national park he lives in has to offer. Alongside rock climbing and mountain biking friends, Dom began going out into the wilderness to shoot photographs alongside and of them, and it was then that Dom’s work transitioned into Landscape photography:

“I took photos of [a friend] climbing and also some photos of our surroundings and just really enjoyed the experience of being out in nature and seeing these incredible places for the first time. I then started heading to these locations by myself with my camera and slowly fell in love with it.” 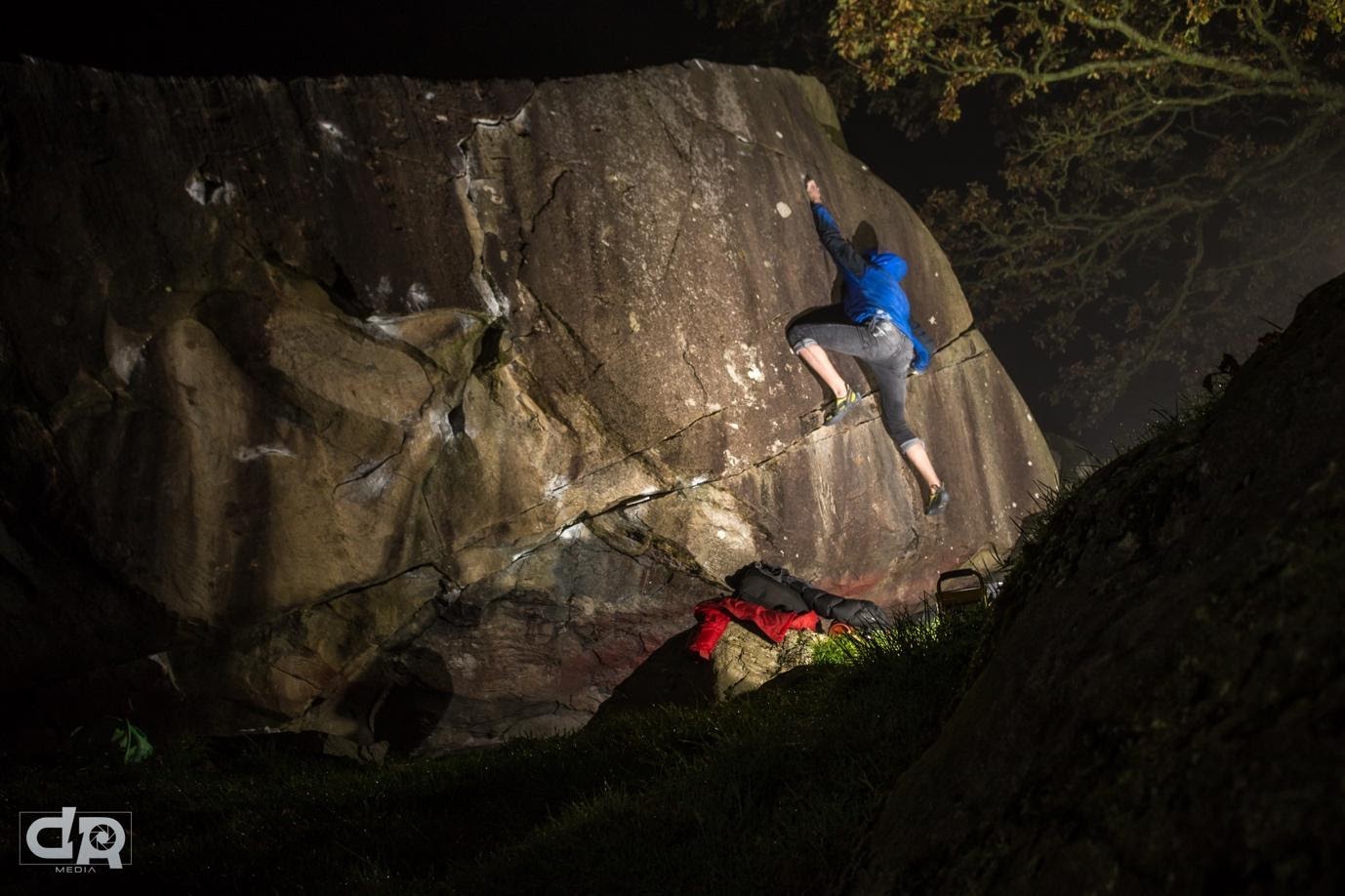 On Dom’s 18th birthday, he bought himself a second-hand Canon 1100d DSLR camera as a birthday treat and the rest was history.

In late summer of 2019, Dom and fellow photographers went to the Faroe Islands and found themselves on one of the most challenging shoots they’ve ever been on. The rocky volcanic island sandwiched between Iceland and Norway in the North Atlantic is home to over 300 species of birds and wild horses that roam the verdant valleys. Dom visited Kalsoy, one of the 18 islands and only accessible by ferry. He was up against the clock as the next ferry back was in a few hours. On arrival, Dom hiked up to the viewpoint over the island and wanted to capture a drone shot of the whole island from out at sea. Unfortunately, the weather wasn’t in Dom’s favour when they reached the summit:

“It was very very windy and flying the drone just wasn’t an option. So we came back down after grabbing some shots on the camera and got the ferry back.”

But this didn’t deter Dom: “A couple days later we had a free afternoon with no particular plan so we agreed to go back to Kalsoy in search of the shots we wanted the last time we went.”

Unfortunately Dom, Kenny and Rob’s ferry arrived an hour late and the return ferry wasn’t pushed back meaning they lost an hour and were up against the clock to do what they originally set out:

“It was a massive rush to get the ferry over to the island, drive to the other side of the island, hike up to the viewpoint, fly my drone 1.5km out to sea (and hope it doesn’t disconnect or get taken out by a bird!) and then bring it back and rush back down to the car to get back to the ferry in time.” 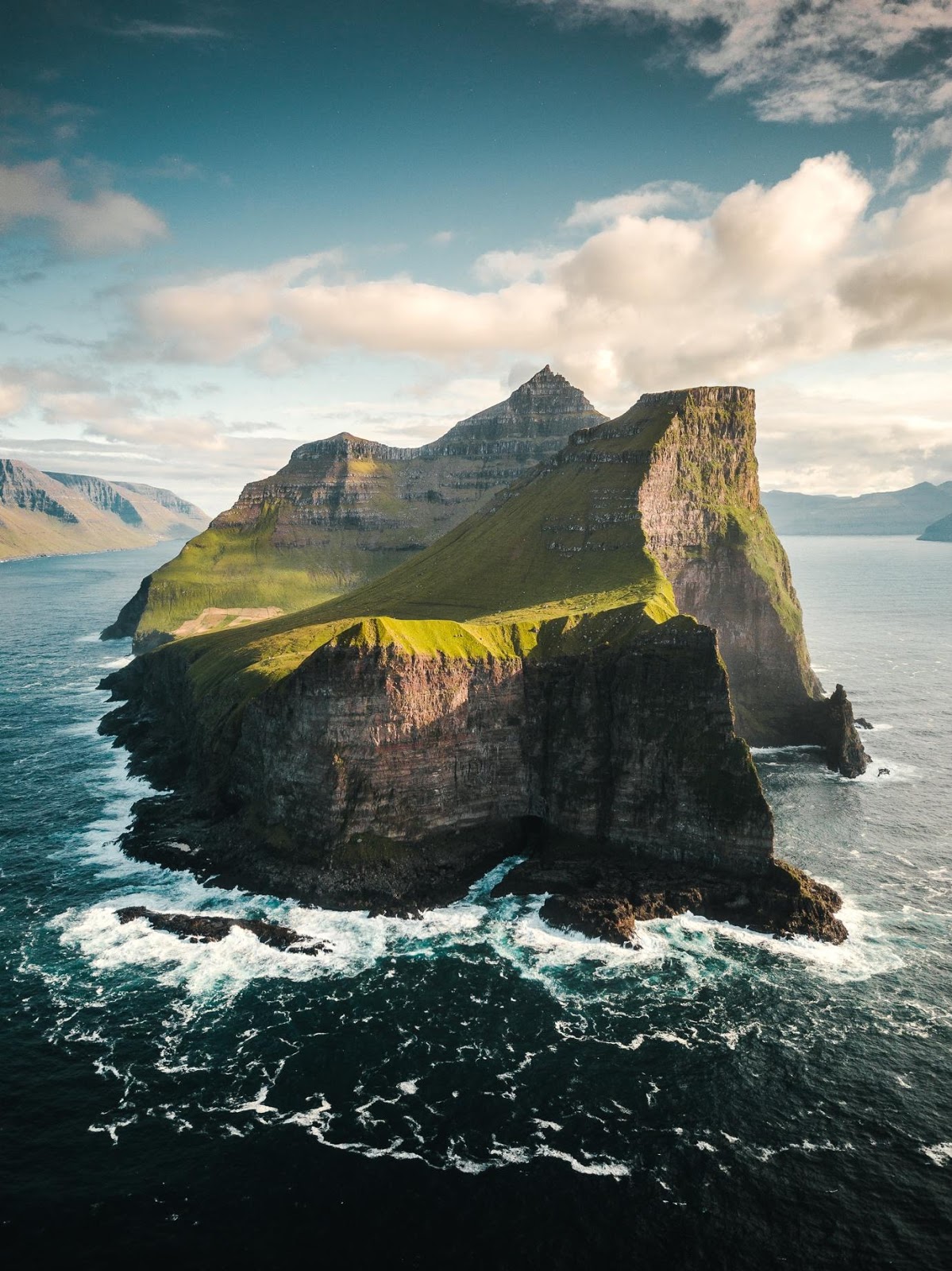 To add insult to injury, Dom explained: “We had also hiked a lot in previous days so my legs were sore, I had awful shin splints but I was determined to get this image so I had to push through the pain to get to where I needed to be in order to get the shot I wanted.”

The last part of his challenge was getting home and editing his work and then publishing it to his audience: “I posted it on the `Earthporn` subreddit and it went semi-viral getting nearly 30,000 upvotes! The fact that all those people showed appreciation for something I worked so hard for made it all worth it in my eyes.”

As can be seen, Dom’s trip to the Faroe Islands resulted in some brilliant stories and some even better shots. The below was captured after a last minute decision to wake up an hour earlier on the morning of their flight, in an attempt to document the sunrise. Losing the lie-in definitely paid off. 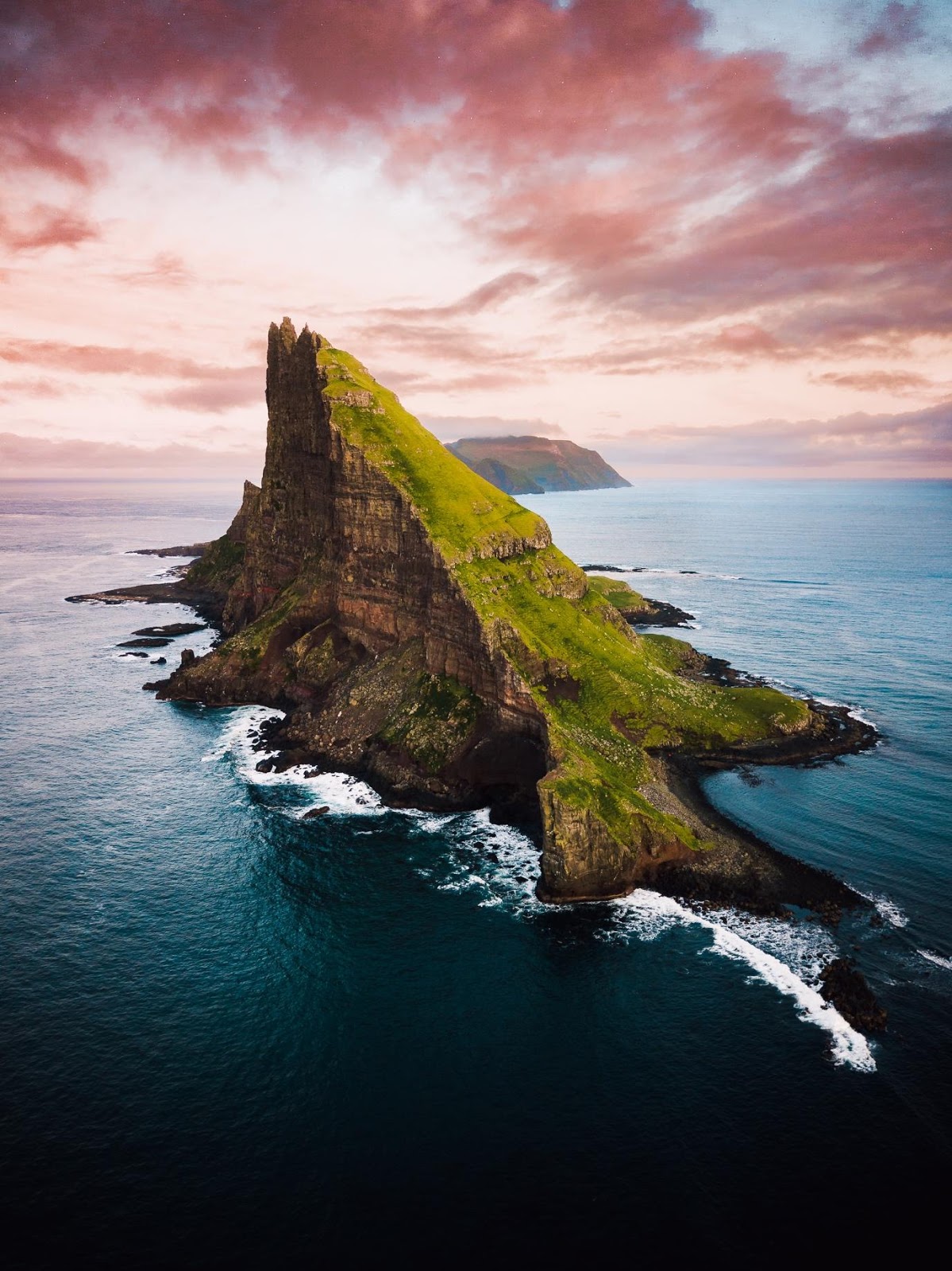 Every creative has a niche, a medium or style they favour to shoot – for Dom it’s Astrophotography, and it’s easy to see why when you look through his portfolio:

“I like it because for one, you get to be out under a sky full of stars at night, there’s no one around and it’s just really peaceful and amazing to see!”

Dom explains how the technicality of it helps his creative process:

“I think it forces you to slow down and really think about your composition, your settings etc. Because with Astro, one image can take an hour to capture in the field and then another 4 or 5 hours to process, so you need to make sure you get everything perfect first time or it’s a huge waste of time. I have a process that I follow for shooting Astro and I follow it every time and it’s nice because you do one thing, you mentally check it off the list, then you do the next thing and check it off and so on. Compared to shooting sunsets or sunrise where you often have to move quick, chase the light, you end up rushing about and taking hundreds of photos and then when it’s all over and you review your images you wonder what you were even thinking at the time you pressed the shutter!” 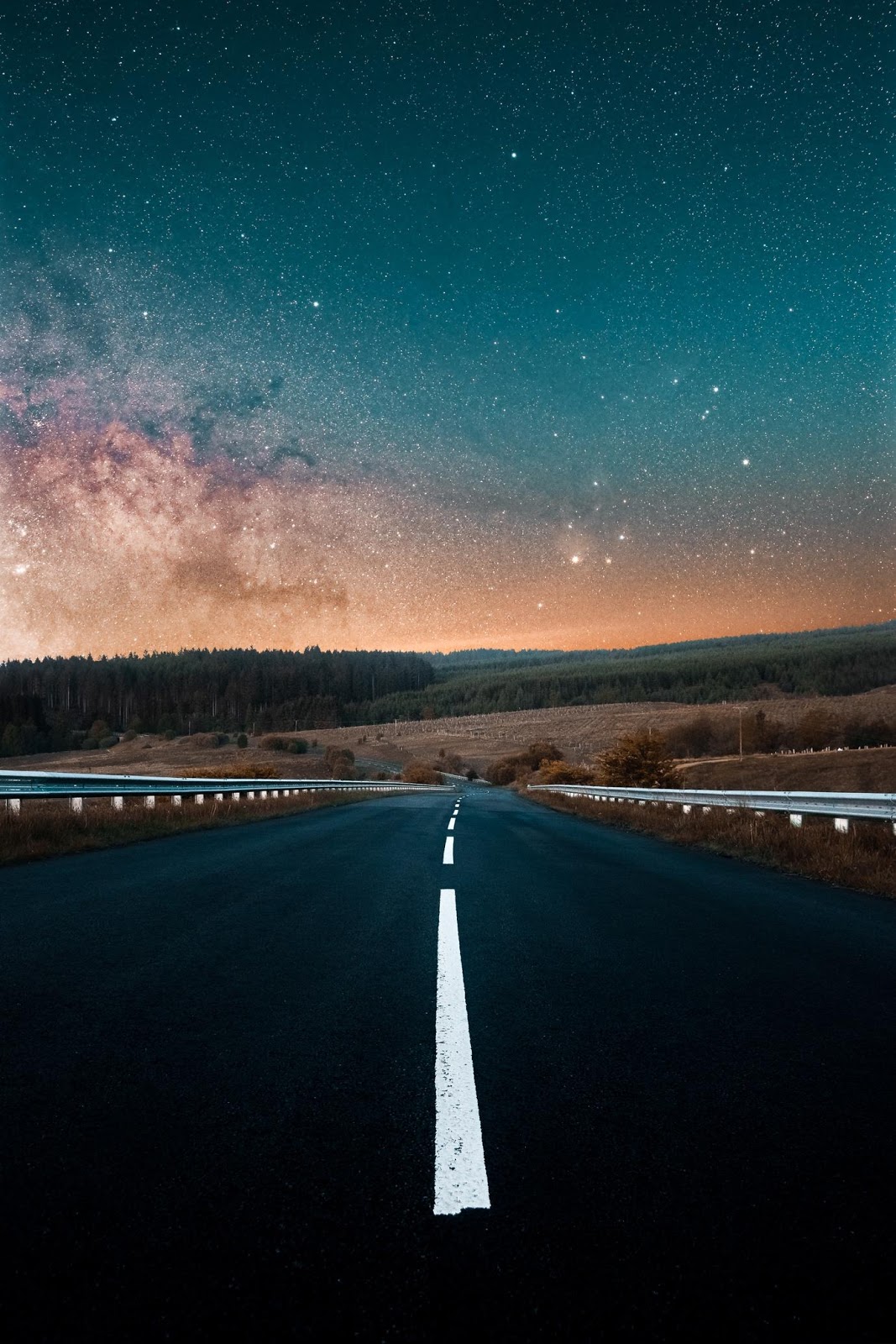 Despite the appeal of Sunrise and Sunset photography, Dom reveals how Astro is a therapeutic exercise for him:

“It requires planning and when it all comes together in the field and in the editing suite, the result is so rewarding and it’s such a great feeling to see the image you envisioned come to life.”

Dom’s photography has seen him build an online community in which he shares his work on TikTok, Reddit and Instagram which he actively engages in: “I love talking to people who appreciate my work. The compliments are nice and it makes you feel like what you do is worth it when it has a positive effect on somebody’s day. Some of the best things I’ve been told is that my work makes them feel calm & relieves their anxiety. I’m quite an anxious person myself so I can relate to that and for something I created to help someone with something I often struggle with myself, that’s just amazing to hear.”

But as we all know the internet is never one to shy away from confrontation: “Some of the worst things I’ve heard are along the lines of “you stole this work from NASA”, “this is all fake and photoshop” “you ruined this photo when you edited it”.

Instead of taking the bait of the trolls he takes them in a positive way:

“Saying I stole an image from NASA to me says that my work looks like it could be something that NASA photographed themselves and if that isn’t a huge compliment, I don’t know what is! There’s a lot of `trolls` online so I try not to pay too much attention to what people say unless they have some genuine constructive feedback that could improve my work, then I will act on it and see if I like the result. At the end of the day, I create for me, not for others. The compliments are great and they make you feel good about what you do, but I would still create even if I couldn’t share on social media because it’s therapeutic for me, it’s an escape from the everyday and for me, it’s more about the journey than the destination!” 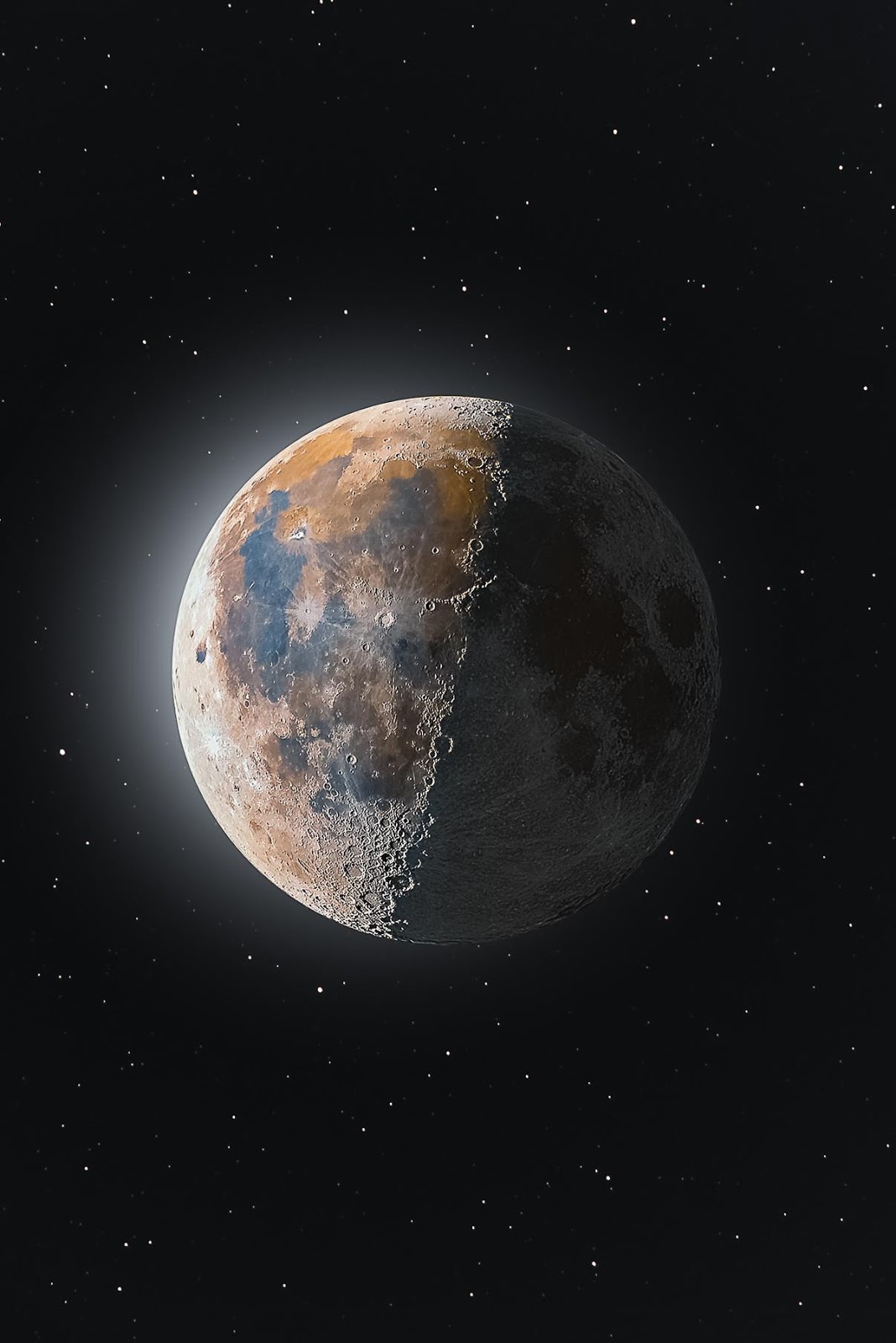 Dom’s community identifies with his work as a source of relief for their mental health, but what meaning and identity does he, himself, gather from his discipline? “photography is definitely a part of my identity, I love showing people new and interesting places and things and teaching people and I feel like that kind of shines through in my photos.”

Not only this, his discipline’s overarching identity also seeks to demonstrate to people the hidden beauty around us – meaning those inconspicuous moments we miss because we’re too busy sleeping or partying. Dom told us:

“that’s pretty much always been me, always looking for the hidden good in a situation and always seeking to do things differently and to stray away from the norm.”

Environment plays a crucial role in most people’s identity but for Dom this has shaped him into the photographer he is today:

“Living in the countryside is incredibly peaceful and when I go on a photoshoot it’s a form of therapy for me, the sun rises up mountains, the nights under the stars, they make you forget your problems and show you how insignificant your worries are and I like to try and get that across in my images, that nature is an incredible healer and I want more people to realise it and enjoy it. I love it when someone tells me that my images make them feel calm, or that they inspired them to pick up a camera or even just to go out for a walk and appreciate whatever nature is around them, that’s amazing to me and it means I’ve succeeded in doing what I set out to do in the first place.” 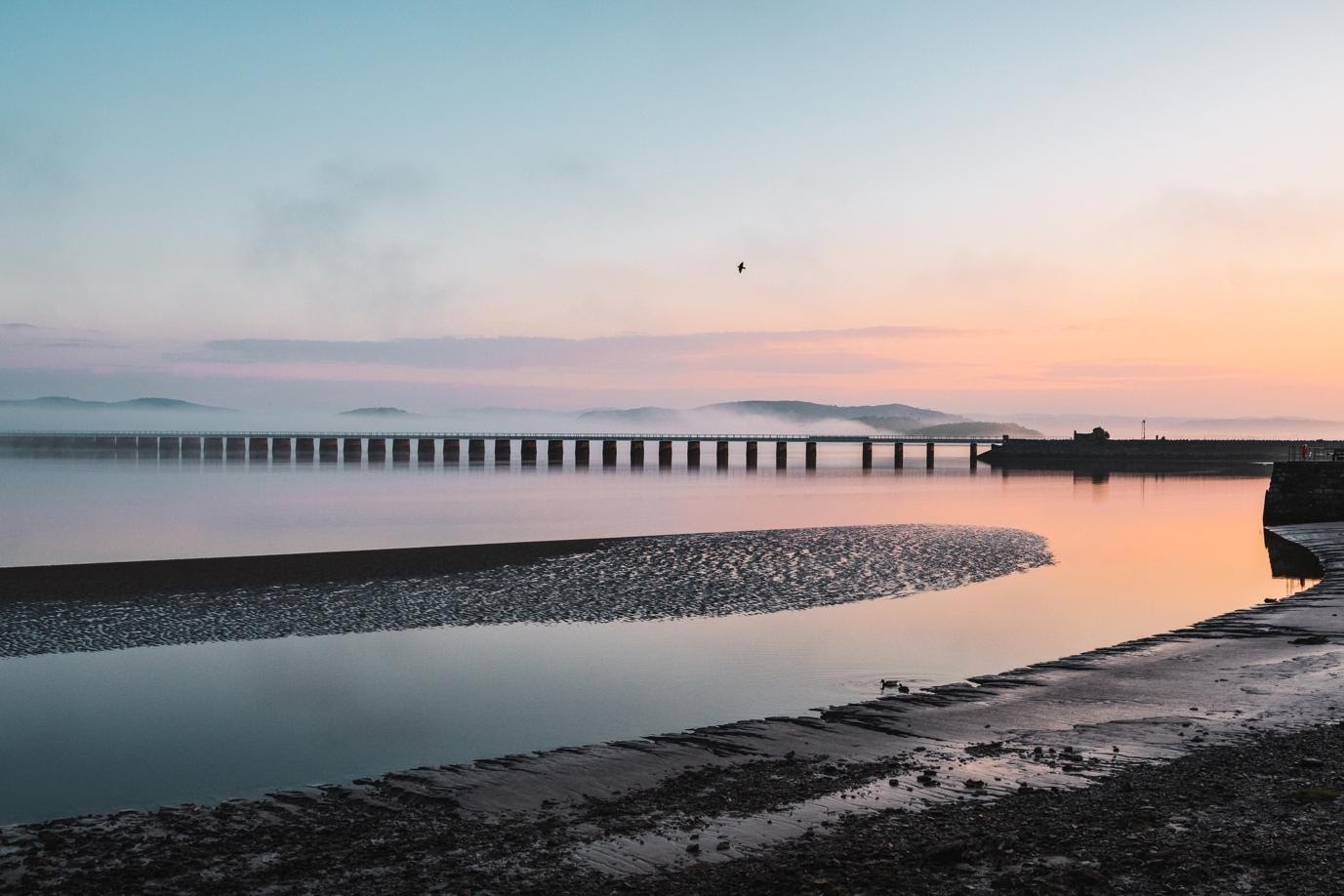 We’ve learnt from Dom the trials, tribulations and successes a creative craft such as photography can bring. If you at home are reading this and have thought to yourself, I’d like to give photography a go, Dom has this to say:

“Honestly, my advice would be to just get out and shoot, shoot everything that you want to and see what you enjoy the most then focus on that. Watch popular photographers on YouTube, find one whose work you like and then learn about their thought process either in the field or in the editing suite. You don’t need the most expensive camera, or the fanciest lens, you just need to shoot a lot and if you’re not seeing progress straight away, just know that it’s a marathon, not a sprint!”

Dom notes that a crucial learning process within photography itself is getting feedback: “If you get negative feedback then use it as an opportunity to improve and grow rather than feel like it’s knocking you back. Talk to other photographers and perhaps go out with them on photoshoots, you can compare results and talk about your thought process and that way you share information, you learn and grow together and also have fun at the same time, having fun is really important! You need to make sure you’re enjoying it or you’ll find yourself giving up.”

Dom’s final words to anyone who is considering starting out in photography are inspired by Jim Richardson, a renowned photographer for National Geographic:

‘to become a better photographer, you need to stand in front of more interesting stuff’ which is so true especially with landscapes. When you travel to epic locations like the Faroe Islands, the landscape does most of the work for you! 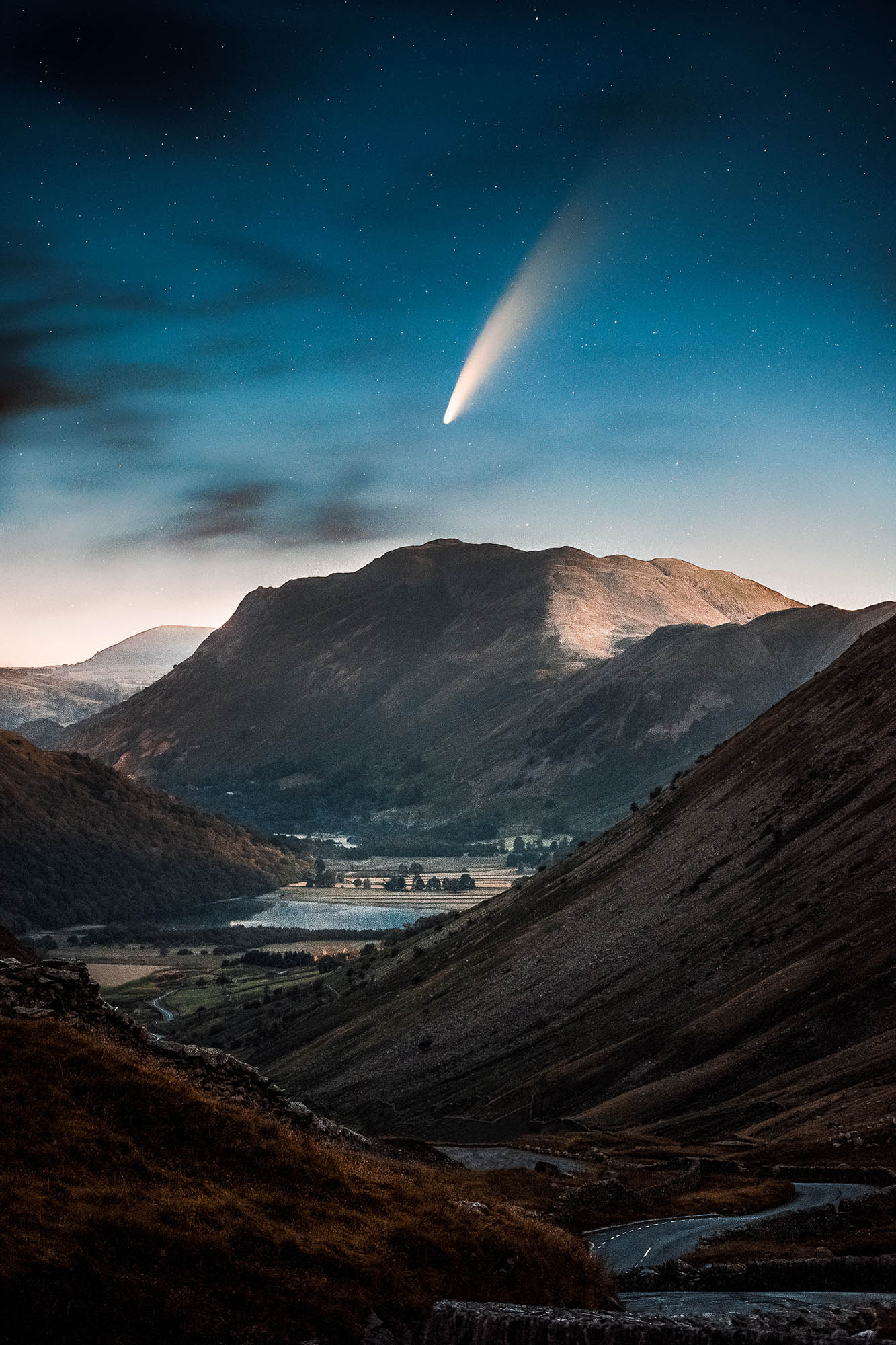 Dom is the ambassador of two ventures Topaz Labs and K&F concepts so if you aren’t sure what equipment to start out with Dom recommends and regularly promotes these. Better still, why not follow Dom on socials to see more of his work, buy his prints and even get him to edit your photos: