Served is our new feature, focusing on creatives living and working in Cumbria, who’s main income is from something other than their art. This time we speak with Bamba.

Bamba has lived in Kendal since 2012, after he came up from London, where he studied business and traded in Spitalfields market.

Working as a kitchen assistant at Kendal’s Brewery Arts Centre, and also as a caretaker in Kendal Chapel, the kitchen work funds his art habit.

It had become apparent to Bamba that the city of London was being taken over by corporate businesses, which were quashing all sense of local uniqueness and character. Brick Lane, Shoreditch, Haggerston: All places which used to be affordable and individual, but now are simply playgrounds for the rich. This is why he would never go back to live in London these days. 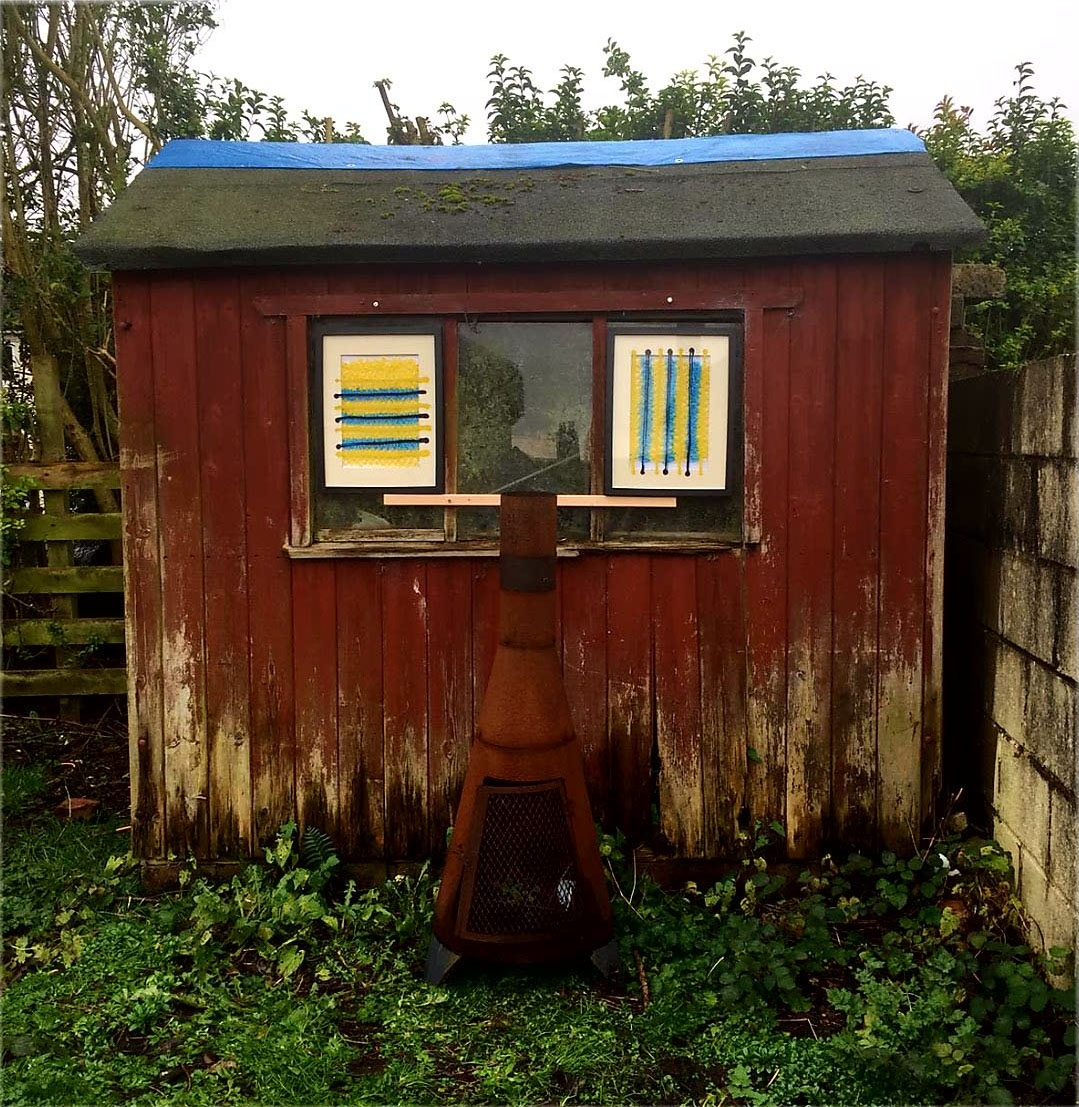 So what are you working on at the moment?

Stylistically, Bamba describes his art as “all over the place”.

“I like to follow my mind,” he tells me. He rejects the notion of sticking to one style only. At the start of the lockdowns, he had been doing 8 large pieces, but halfway through he found himself side-tracked by another, different project.

This one involves hand-made nylon fishing nets, displayed on canvas frames. “I ripped off the canvas,” explains Bamba, who then goes on to explain how significant fishing nets are to him as an artist.

“25 years ago, when I was 11, living in Senegal, my dad passed away. I was still a young lad and in school, but I wanted to make extra pocket money to buy pencils and drawing pads. At that time, I was already good at drawing. Every year in class there’d be an art competition, and the winner would win a prize.

Now, when it came to subjects like mathematics, I was very bad, but with art and drawing I was pretty much the best. To make pocket money, I would draw pictures for my friends to submit. But I’d only let them get 13 or 14 out of 20, which was a pass, and always make sure I was the winner!

On Monday, I would collect the money from my classmates, and on Wednesday I would draw. I guess that was my first commission!” 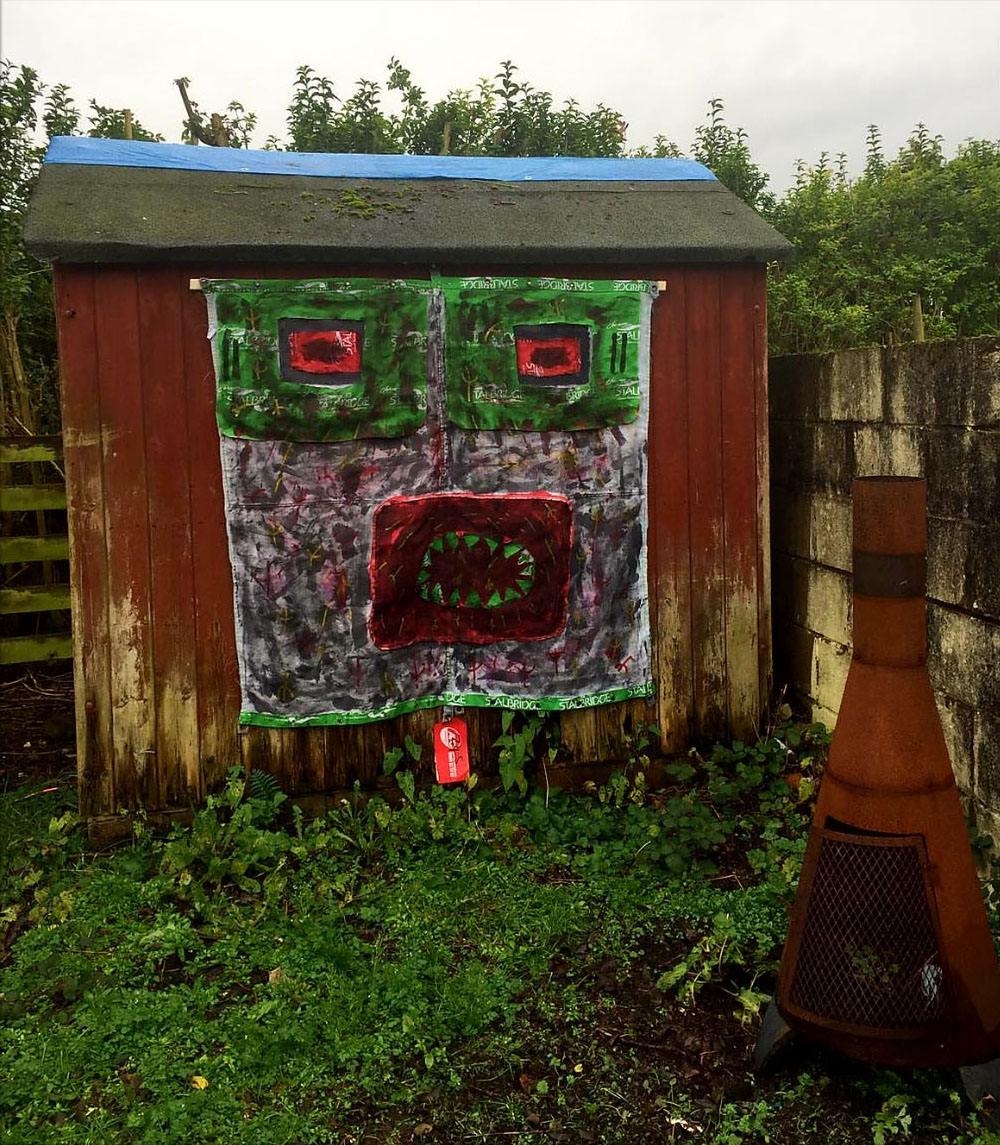 I ask Bamba if he was ever caught.

“No, no. The teachers never caught on. He liked me a lot because I was so good. Anyway, around that time, I became interested in the nylon netting used by fishermen. I noticed some other kids would hand sew it into a loofah, for washing yourself in the shower.

I was visiting some friends and I saw them making it. I wanted to know how to do it. It costs 50p for 2 metres of the material in different colours. You strip it back, and then you can do anything you like with it. You can sew handbags, pockets, sponges… So I began to make all sorts of things with this. It was combining artwork with practicality.

Me and my friends used to sew really quickly, all in a line together. When we’d completed one, we’d start on the next one, and when we were finished, we would go straight to the market and sell them for £1, £2 each. We’d go up to the stalls and say, ‘Look, we’ve got this hand-sewn bag,’ and they’d buy it!”

“So recently, I came across some string netting like this again and had a bit of a flashback to my childhood. I’d gotten bored of painting on canvas, so I tried stretching the net out on a piece of wood. It’s interesting to me because it’s the same materials I used as a child, but a totally different application. All of my work, whatever the medium, links me back to my roots.” 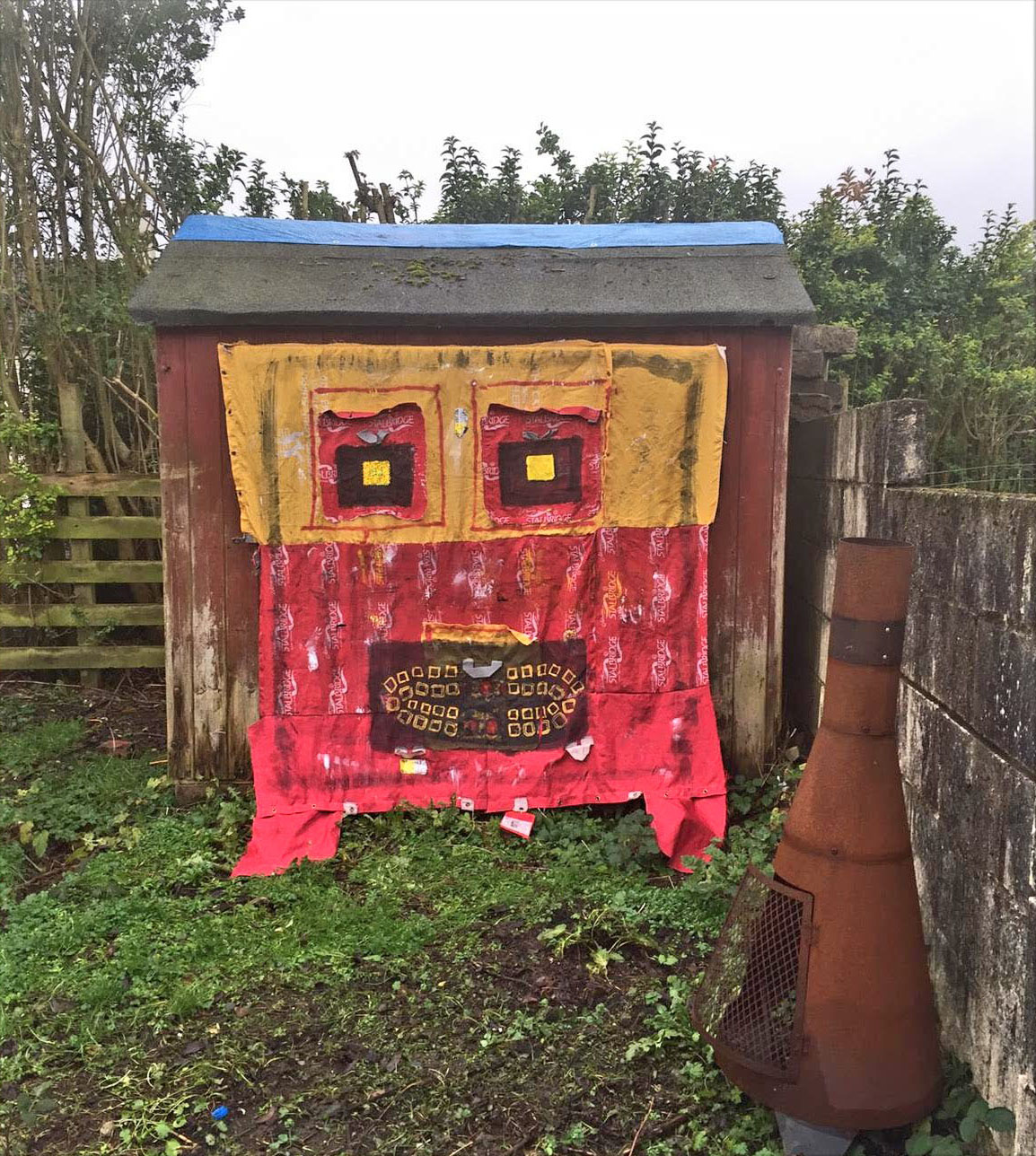 What are you planning for the future?

“It is difficult to find the balance between work and life at the minute. I’ve been so busy that I have barely had time to create a website. So I am aiming to get things set up and shown more professionally. I want to be more consistent with my presentation as well, more active. I want to get involved in more projects.”

Bamba tells me about a studio he’s been renting from a friend, and tells me about how he’s found it useful having a place to work in, away from his kids.

“I was planning to go home to Senegal at some point to work on some bigger pieces. We have these large wooden shutters there, and they’re pretty hard to transport to the UK, so I want to use those in my projects next year.”

Bamba has previously shown his work at the Brewery Arts Centre, in his exhibition entitled “Whisper from a Nomad”. It was all based on tribal masks from the Ivory coast, where he spent 10 years of his life. His father had collected them and hung them around the house, so this exhibition was about igniting the connection he had to these works, but using different mediums.

“I used wood panels with string on to create a similar effect to the one I felt as a child, but using materials more relevant to me,”

In the next year Bamba hopes to show more of his work, whether virtually or in exhibitions. You can follow his journey here @dogon_power 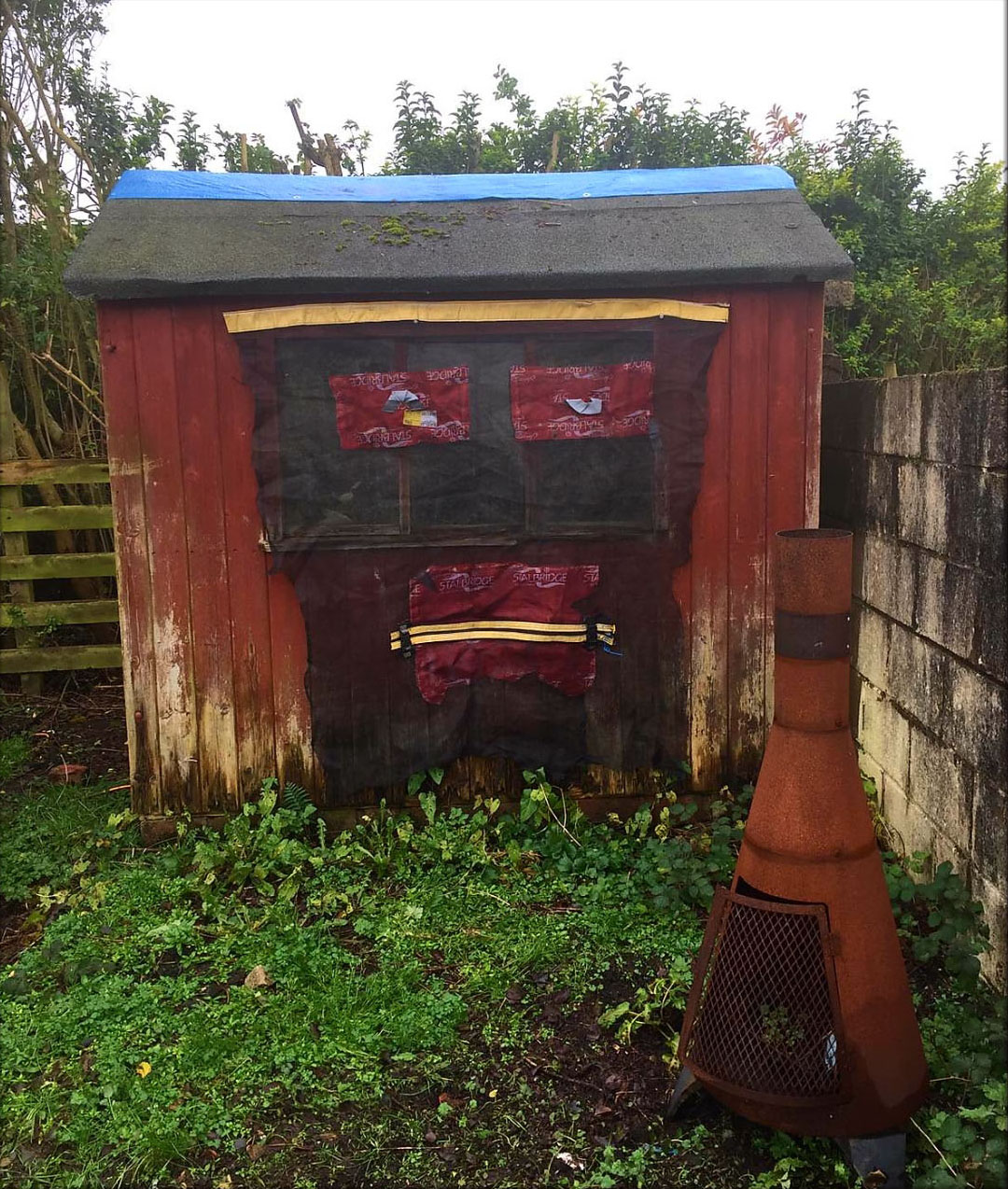 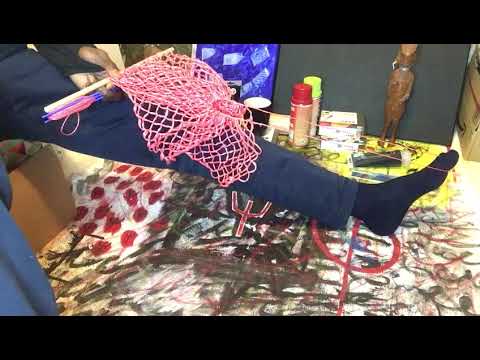