Written shortly before she returned to Kendal at the end of her degree in Oxford, Kate writes about how the space defined by the city became one of ephemeral familiarity.

Are these places familiar? You ask,
and I cannot speak. Familiar – like family,
like my blood, my flesh, my spiralling
showers of veins trickling along the rooftops.
(It hurts to think of this city as my own.)
But I had been insistent – I came to reclaim my kingdom.
Late to my ascension, I broke through the peace and felt the shiver
of the cupola beneath me; of a haloed city seen for the last time.
I came to reclaim my kingdom, not my kinsman.

But sometimes I wonder, do rivers run in the family?
Do I tread along the paths of my mother? Did I learn
distance from her? Emptiness stretching as cells
divide, splitting birth from death, again and again.
I feel my heritage is marked by street signs and
college walls, so I rise – trailing my fingers against the
star-lit ceiling of a sky so haunted it burns. 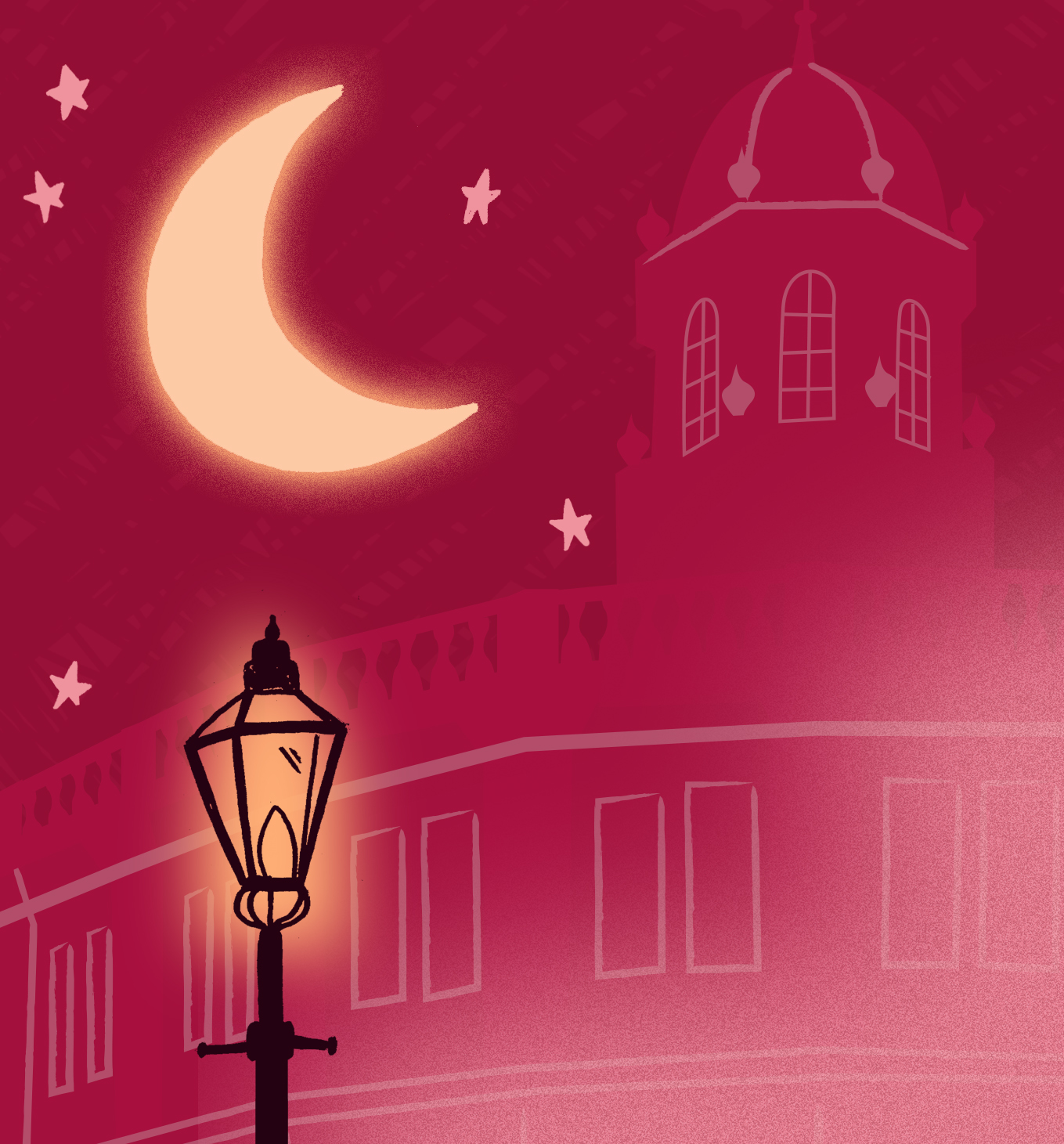 Here, I trace my lineage in contour lines.
My descent in the slopes of sunken limestone.
To the north – a quiet, meadowless space
where the morning runs eternally over the citrus grass.
There I sat amongst the ruins, clutching damp fur
and reciting dead languages. Where I sat,
god was stowed away, quietly, one afternoon in June,
and the livestock was held in his belly.
To the east – my downfall.
The hunger-pangs of kissing someone you’ll never see again,
the loose-throated moments caught in a deafening glare – boundless
and aching – ghosting through the golden edges of Jericho.

At the other end of the night, I took the wrong turn
at Catte Street and found an old friend hanging
from the window, screaming joy into the shallow mists,
demanding, does this not yet feel like home?
and I felt the spires crowding against the evensong,
pushing oxygen into the gaping slats of light, into homesickness
and lens flares and snow falling between library stacks,
and my heart was open, and the streets were endless,
and the city was mine,
the city was mine
and I swore I would never return, if I could not return
to this night.