An Interview with Ginny Koppenhol

Photographer, Ibiza DJ, Occupational Therapist: Ginny has had a varied career and has plenty of experience to share!

M: You’ve had a really varied career, what are your highlights?
G: It’s hard to know where to start in some ways! I was an occupational therapist for a good chunk of my career – I went straight from school to university and studied occupational therapy at Newcastle. I then worked in mental health for 14 years which I got so much from and I loved meeting a vast array of people through that. It really pushed me in lots of ways, but I’ve always felt a pull to do something creative. When I was in sixth form, I had a big dilemma- do I work with people, or do I go to art college? And I couldn’t at the time decide, and after chatting to a careers advisor,  thought that occupational therapy combined the two. But, I always thought ‘what if?’ and I couldn’t afford to retrain in anything creative, but had been learning photography in the background for a very long time. I’ve always loved taking photographs and then I made the leap! So that leap is my first highlight I suppose.

But prior to that leap, while I was an occupational therapist, I was a DJ and that formed my creative outlet. Again for music, I never went through any formal training and never learnt an instrument! But I’ve always loved dance and house music and when I went to Ibiza when I was 21, I saw a female DJ there and I just thought “I could do that”! I’d never done it before and I didn’t know anyone on the scene,  and I just came back home, bought a cheap pair of decks and taught myself. And it taught me a heck of a lot! It taught me that you can really do anything you put your mind to. I was lucky that YouTube existed at that point and you can learn so much just from looking on the Internet nowadays so you don’t have to have gone down the traditional route or even know people in that scene. So, that grew and grew and during the week I was working as an occupational therapist and then at the weekends I would go to club nights to meet people or to DJ. And absolutely all of the DJing was a highlight. Every gig I got I gave myself a pat on the back and thought “I achieved this out of nothing”! 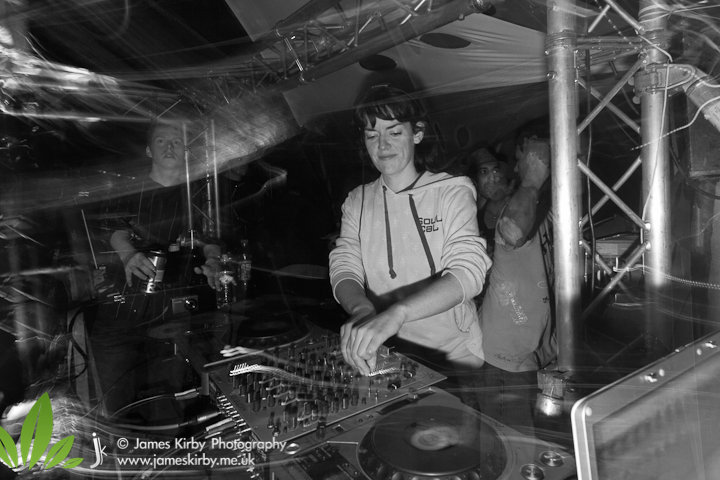 M: So you’ve kind of already answered this, but how did you get into DJing and what was it like?
G: Step-by-step is the answer. It’s having a broad sort of vision of where you want to head. I didn’t set myself any really strict goals or anything like that, so that helped to keep it quite fun rather than focusing on it as a full-time career and having that pressure. I taught myself with YouTube and books and did a short course at Manchester MIDI school, and that was a great place to meet some DJs and get some tuition for a few weeks- and to check what I was doing was on the right track! And then just going out in Lancaster, at first going to local club nights and seeing what was going on, and talking to people. Meeting people is key, and just being genuine – talking to people without thinking “what can I get out of this person?”, and instead just sharing your passion.

M: I think a lot of people will be relieved to hear that because as soon as you hear the word ‘networking’ or ‘contacts’ it’s like oh my gosh I don’t have any!
G: Yeah like people in suits!

M: Exactly!
G: Yeah, I think that networking is about just chatting to people and it’s as simple as that! And it’s a bit more difficult to do it now online rather than face-to-face where you can get a conversation going organically, but you can still definitely do it online.

M: So you mainly work as a photographer now- what does a typical day on a photo shoot look like?
G: Well I’m not sure if I’ve got a typical day as such as I’ve got two young children so a lot of my day is structured around the school run and things like that, so I squeeze in work when I can. But, if I was doing a shoot, the answer depends on what sort of shoot I’m doing. In the morning it might involve running a zoom workshop like with the Gratitude Gallery that I’m running, and then in the afternoon if I’ve got a shoot it will last a couple of hours, starting by checking all of my equipment first- checking I’ve got batteries charged and all that boring stuff! And I’ll also double check what they’ve asked for, because beforehand I will have had a discussion with them first, so looking back at my notes and checking what they want from the shoot and where I’m going!

Then on the shoot, it’s just really getting to know the person, and when they arrive, having a chat to put them at ease. I’ll then try different things out, and some things will work  and some things won’t. I really enjoy working outdoors and I don’t have a studio, so we will have a walk about and find some good spots and then take lots of photos- and then when I’m back in, I’ll back all the photos up and start editing. Something else I’m working on at the moment is also ‘The Growing Club’, which helps women start their own businesses – it’s a 12 month programme and I help deliver the sessions for that. So really it depends what day you catch me on! 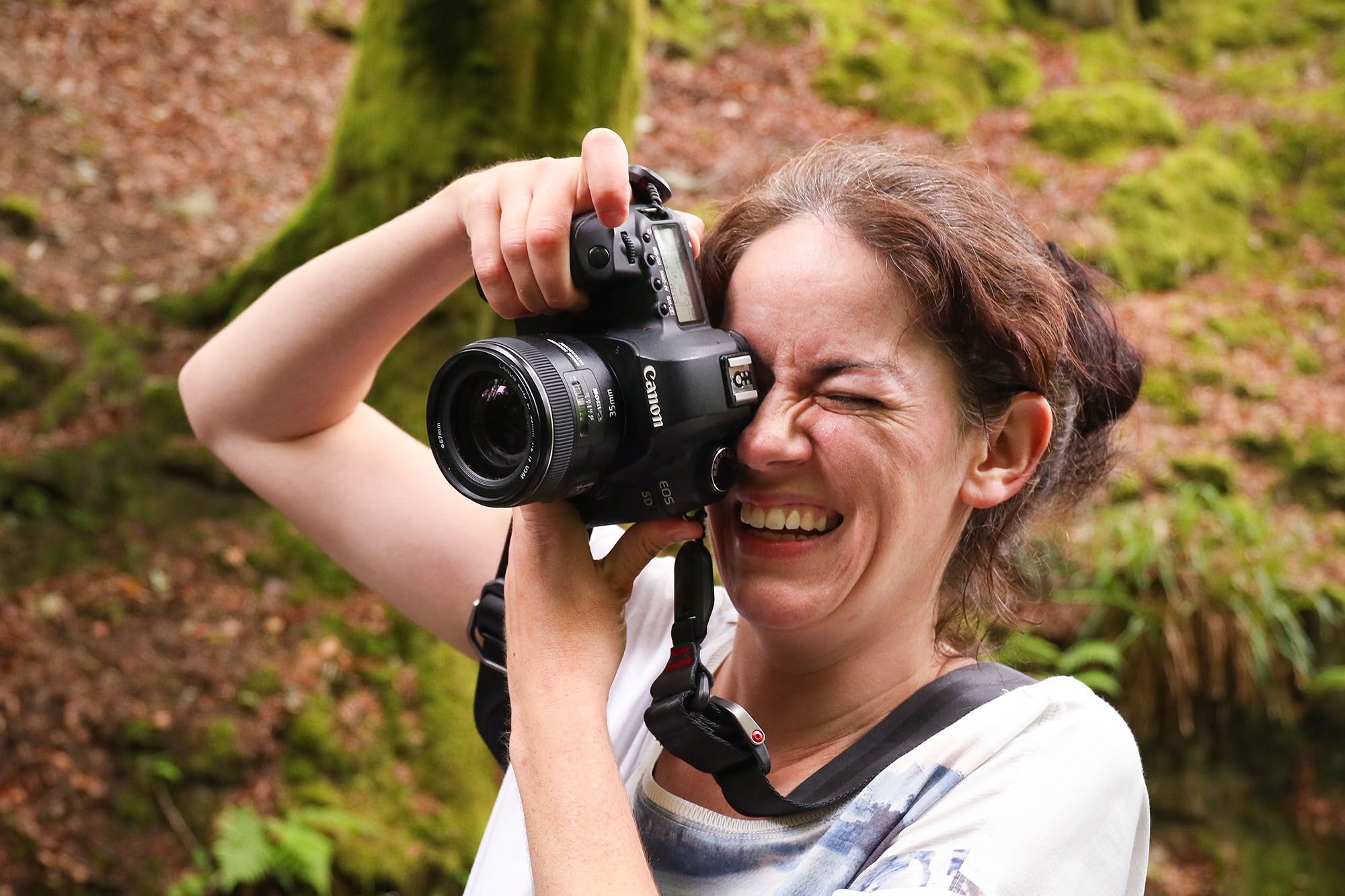 M: Leading on from there, have you got any practical advice for anyone who is thinking of making the jump from a contracted job to starting their own business?
G: There are a lot of ‘just go for it’ messages out there and I’m not sure if that’s always the most helpful because it takes a lot of time and it takes a considered leap I think. That said it’s a fine balance because it’s never going to be the right time! So, having back-ups financial-wise, ensuring that you’ve got support of people around you, and having backup plans but not to the point where it disables you from just doing it. Maybe having it as a side thing for a while – testing the water and integrating it into your other job for the time being. This also gives you the opportunity to test the market a bit, seeing if there is a need for what you’re offering and thinking ‘are there any particular skills I need before you take that leap?’.

Before you take the leap, think of all the things that you can set up beforehand. Having as much set up as possible before you take the project full time is really helpful- but also be careful to look after yourself and don’t burn yourself out before you start! Everything is a balance. Do make sure to go for it eventually though- the pivotal thing for me was when I realised I’d rather go for it and then fail, and be able to say I’ve tried, rather than regret not having tried.

M: So, for anyone who’s getting into photography, do you have any top tips for them trying to develop their skills?
G: Take lots of photos! Just be consistent and keep doing it – that’s the best way to learn. Everybody’s got cameras on their phone now and I use my phone camera more than my big fancy camera.  Be spontaneous and if you spot things, just get your phone out and take photos. It doesn’t matter what you’ve got in your hands, it’s still a camera and you’re learning loads from it.  And as well as taking them, share those photos. Part of being a photographer is getting your work out there and you can’t be too precious about it. That’s a good thing about smartphone photography as well, you can get your work out there really quickly and it’s the norm now.

On top of that, you can learn loads of stuff online, like there’s an amazing website called ‘CreativeLive’ that has loads of amazing courses on it. Or, if you’re looking for somewhere to start with portrait photography and are stuck for ideas, just start taking photos of you and your family and friends! What I did was a 365 project where I took a photograph every day for a year. It’s all about consistency of practice – just keep taking photos and learning from it.

M: Yeah that’s a really nice answer too, because lots of young people may not have access to various equipment, and I really like the sound of that 365 project! So, do you have a favourite subject to take photos of?
G: Yeah, people! I always find people the most interesting subjects. We live in a beautiful part of the world, and I get to the Lake District quite often. I’ve also just fallen in love with Morecambe and the Bay as it’s just beautiful and changes every day, so you can’t help but take photos of those things – but my passion is people. I love meeting new people and talking to them and trying to get their personality across in photographs. And I love the way it’s a collaborative process so it’s half my input and half their input- bringing ideas of their own as well as their personality and mood to the shoot. I like that dynamic interaction.

M: So do all of your creative strands fit together and inform one another?
G: Yeah definitely! The DJing taught me that I can do anything if I want to and if I have a passion, I can make what I want out of it. It also taught me a lot about creativity and business and how to brand and get myself out there. The mental health work really influences how I work with people and the type of photography I’m drawn to. In Occupational Therapy, you want to find out what makes people tick and I think that’s the same way I approach my photography – with this desire to get to know people.

The Gratitude Gallery project I’m doing at the moment is a well-being project using photography, so there is a combining of a mental health element with creativity. I like to encourage creativity in everyone as it’s really good for mental health. You don’t need to be necessarily artistic so to speak, everyone is creative. A lot of people get put off from expressing themselves creatively from an early age, but I think photography can help reconnect people to their inner creativity.

M: That’s a really lovely answer. So, last question: it says on your website that you’ve met Stephen Hawking, can you tell me more about that!?
G: I went to school in Lancaster and the RE teacher happened to have connections to someone who was running an event that Stephen was speaking at in Ambleside. So, he arranged for our class to go to the science talk! It was a bit random and went totally over my head, but we managed to have a meeting with him as a class afterwards, so it wasn’t a one-to-one meeting but it was pretty close! 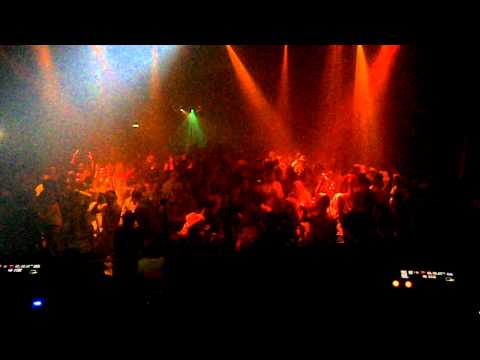