Abbi explores how historical costuming and learning about fashion of the past has helped her connect to her roots, as well as offering her a community of like-minded people.

I made my first Victorian dress when I was twelve years old. Forest green and soft, cream, cotton sateen draped together into a mid-1880s bustle, a modest high collar, buttons and buttons and buttons. Three hours a week at a family friend’s, guiding me through the instructions on the pattern, showing me how to work the machine, how to work the fabric. It took several months to complete. It hangs now in my costume rack, chronologically arranged, too small, but a gentle reminder of where I’ve come from.

From Tudor high society gowns dripping in lace and beading, through neat and modest 19th century dresses, to my current 18th century working women’s clothing project, historical costuming has been my favourite thing to do since the day I started making that dress. And I am not alone in my love for recreating clothing from the past.

In the past couple of decades, the historical costuming community has vastly expanded, bringing together a range of generations and experiences through our combined love for genuine Edwardian lace or 1860s silhouettes. This is partially due to the ease of access brought about by the internet, but I would argue that there is a deeper reason behind it: in a world of instant access and a breakneck pace of life, slowing down and focusing on something as meditative as hand-sewing a seam is not only an act of creativity but also does wonders for mental wellbeing.

Of course, this might not be the case when you’re ripping out a seam for the third time running, but sewing in all its forms—whether historical costuming, creating home décor, upcycling clothes, or any other number of activities—is a practice which allows us to work with our hands, and to unleash creativity in a very visceral way. It is a moment to recenter, to reconnect with your own creative self, and to focus on bringing something into the world.

When historical sewing, this act of creation takes on a whole new meaning—not only are we connecting with the work of our own hands, but also with the skills, techniques and creativity of those who came before us. 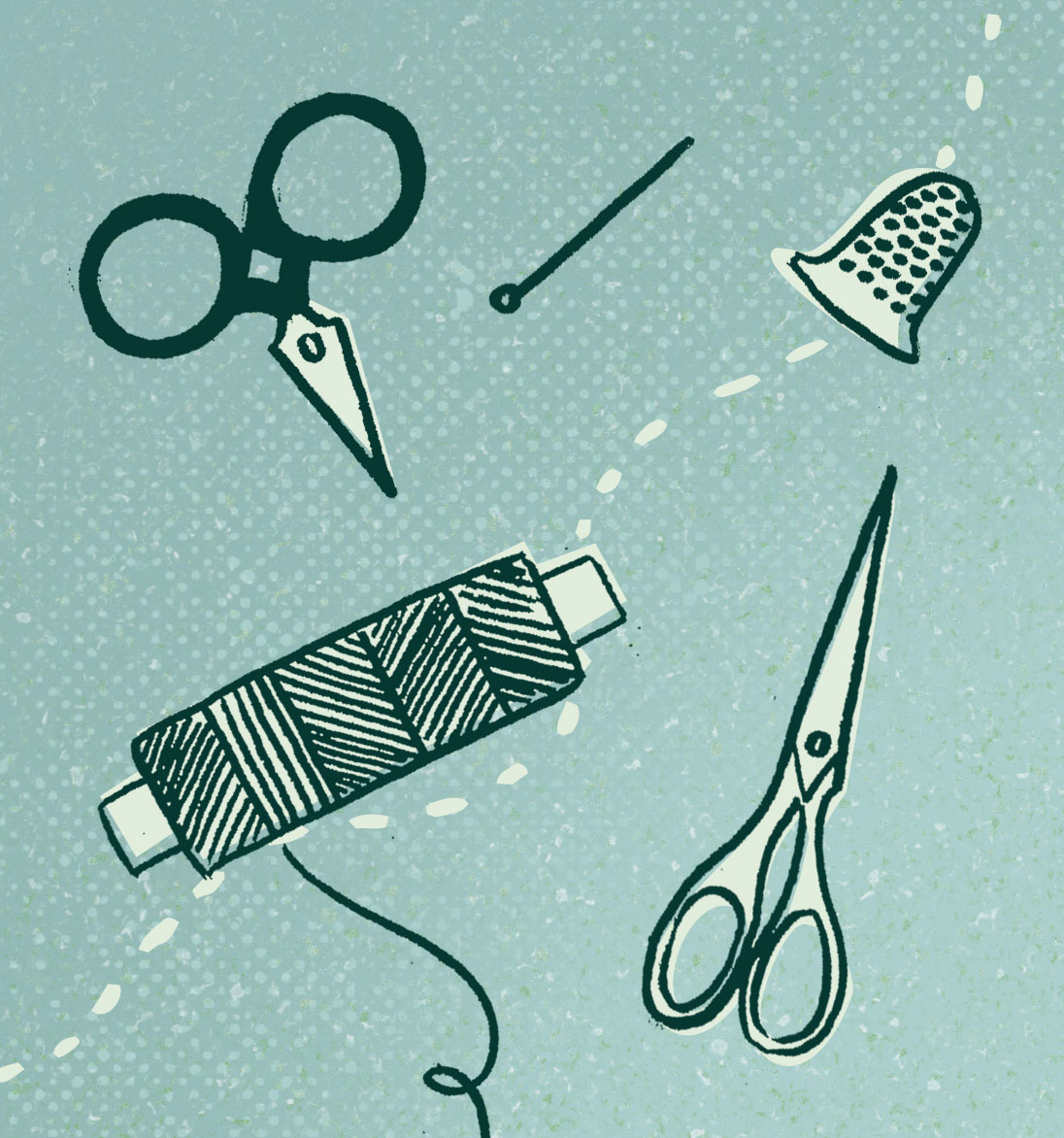 There is so much that we can learn from the seamstresses of the past. Sewing techniques, yes—soft leather thimbles in particular have been a recent discovery that have revolutionised my hemming experience—but there is much more than just that. Waste and the value of fabric is the one that I bring up the most often: in a world when making just one yard of wool was a labour-intensive and lengthy process, the finished product was extremely valuable, and nothing would have gone to waste. Pre-industrial revolution clothing was often cut in square and rectangular pieces, rather than the fabric-wasteful curves of the late 19th century, and a dress would be reworn and restyled and mended and reworked until it was only suitable for cushion coverings or kitchen rags.

Considering today’s fast fashion industry, and the millions of tons of textile waste that end up in landfill each year, there is certainly something we can learn from this attitude: while we do not need to remake all our outgrown clothing into throw cushions, perhaps we can take a moment to pause and think about how something might be reused instead of thrown out, or whether we really need that £2 dress from boohoo.com.

This connection with seamstresses of the past is a two-way street. While we can learn from them and apply skills and techniques and philosophies to our own practices, there is also so much that we can learn about the lives of the people that came before us through their clothing and the way they made it.

For example, consider the stays (precursor to the corset), the boned garment that gives the bodice of the dress its silhouette and provides bust support. We can learn a lot about the wearer’s status in life just by looking at the location of the lacing: generalising, back-lacing stays indicate that the wearer was wealthy enough to keep a maid, whereas front-lacing stays would have been done up by the wearer herself, and were easily adjustable for pregnancy and breast-feeding. The invention of the front-opening busk in 1848 meant that women were finally able to fasten the back-lacing corset (by then, almost universal) by themselves with much greater ease.

When historical costuming, things such as this must be taken into account. What sort of status are you aiming for? Would the person wearing a wool and linen outfit have access to fine lace and pearl buttons? What would she have used or made instead? Researching the historical reasoning behind different aspects of a costume allows us to not only learn about the making of the clothing itself, but also about the lives of the person making it, and the person wearing it, whether they would have been the same person or not, when it would have been worn, what might have been worn with it, how it would have been looked after… the list goes on. 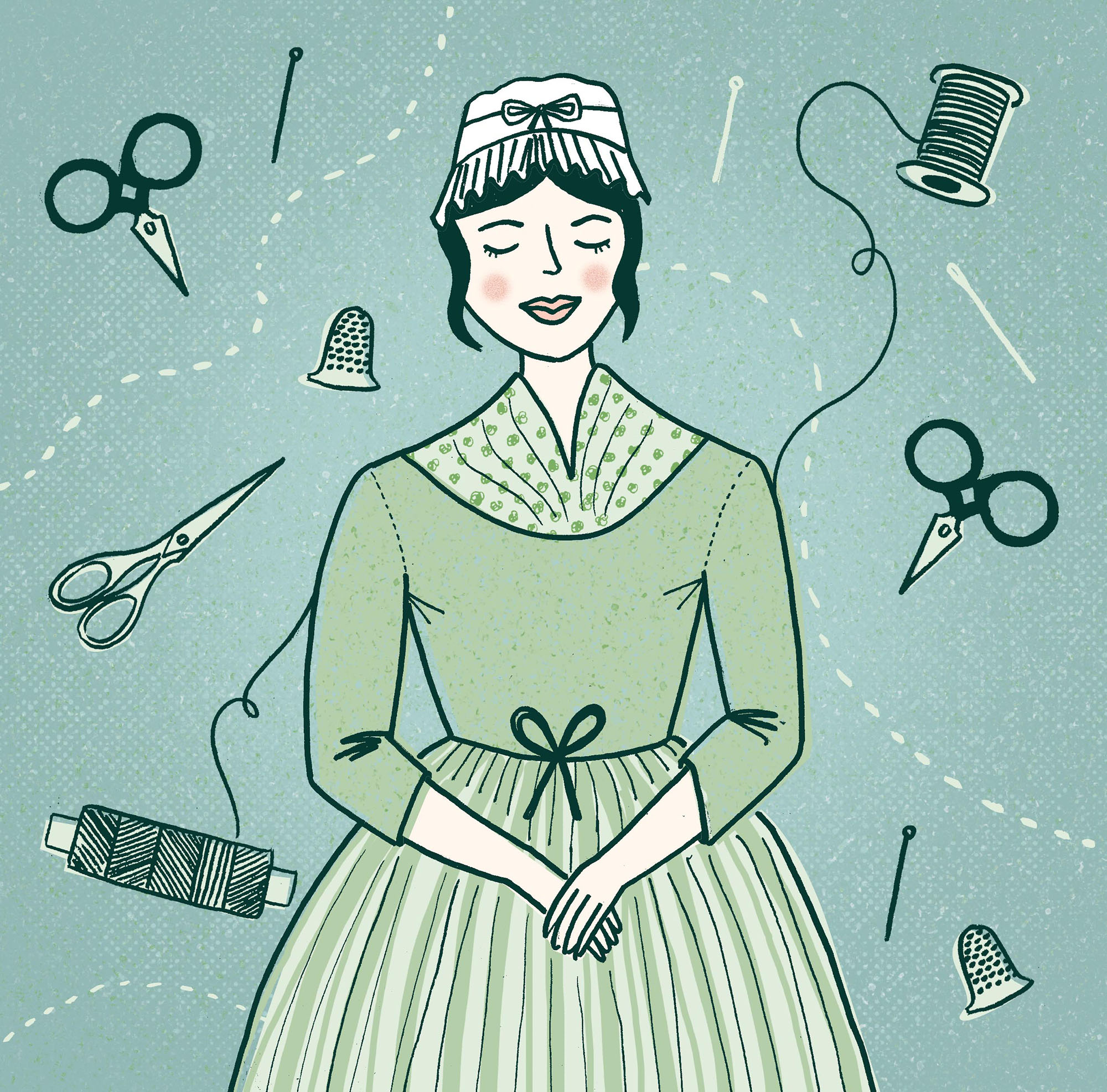 For me, this opportunity to connect to the people that came before me—through following the same techniques that they did, through using similar fabrics and trims, and also through researching the people behind the clothing—is the best part of historical costuming. It is the main reason behind my passion for it, and drives me to constantly learn more and improve my skill base.

True historical accuracy does not exist, as everything happens in the context of the time we’re in, but striving towards historical accuracy is a brilliant way to learn about and connect with the people living in the period of history that I am recreating in fabric and thread. Their identities and my own grow closer together, as I follow the processes that patterned their days, and seamed together the fabric of their lives. Sometimes, when I’m hand-sewing a linen shift with my leather thimble and beeswax-ed thread and careful, measured stitches, I can almost feel a cottage on the moors in 1768 grow up around me, and the lives of the people that filled it flitting through, full of knowledge and passions of their own.